Mobile apps have become popular compared to conventional desktops or laptops. They are relatively easy to carry and are able to undertake functions on similar lines like a desktop. In the last year or so the number of mobile users has increased by 10% and the masses are glued to mobile devices.

A user engages in various activities on their mobile phones. It can be from checking emails to watch movies, undertaking online purchases and being part of banking transactions. With the help of such apps, a business can obtain essential information like phone number, likes, dislikes or a meaningful matrix about a user. They are able to make precise decisions that enable them to improve services. If the data that is found in a mobile device reaches the wrong hands it can pose danger for the user. For this reason, app security assumes a lot of importance.

More about the security of the mobile app

By the security of the mobile app, you secure the device from external threats. It can be in the form of malware or digital inputs that demand financial or personal information from a hacker. It has gone on to become really important in the world of today. When a breach in mobile security occurs not only personal information of the users is provided to a hacker in real-time but even goes on to showcase their current location, banking details and a lot more.

The impact of an inferior mobile security app

Consumers depend upon trust applications before they are tested and handed over to them. But a study conducted by IBM showcased some startling facts. The numbers are a precise indicator for the hackers to pinpoint loopholes in these mobile applications and the hacker is in a position to leverage any of these threats.

Hackers gain unauthorized details about a service or a website. Examples are banking passwords, banking email etc. An example that suits the bill is Trojan that makes an entry into the device of a user when you download an app. On the official Android app, there are a series of apps for downloading. The moment a device is affected with Trojan it requests all personal details about a customer.

Hackers are in a position to gain the debit or credit card details of customers and make transactions. More so when you require a one time password. Research points to the fact that a new version of Trojan termed as Ginp is in a position to steal debit or credit card information about a user. It possesses the unique ability to control the SMS feature of the user and they can manipulate a series of banking functions. The code was found to be manipulating around 24 apps of Spanish Banks.

Hackers are known to take over the code base of any app and develop a duplicate for the same. More an app is successful it is able to generate a lot of clones on their site. An example is PUBG was not available on Google Play store and still, it became popular. Because of the popularity, the cloning of the app took place at a considerable level and Google had to send out a warning that it was not available on their official stores.

Not only you end up losing crucial user data, but losses can emerge in the form of lawsuits filed by third parties. The positive aspect is that a customer trusts a brand, whereas the negative angle is a customer ends up losing confidence about the brand. A company should take note of the fact that confidence is something that emerges when customers are likely to give their nod of approval to a brand. The concept of app development has to take this feature for app development.

By encryption, you end up transporting data in the form of a ciphered code that you cannot view it without matching it with a secret code. When you rely on high level encryption the app cannot be hacked easily.

Injection of a malicious code

A user form is in a position to inject a malicious code where you can access the data of a server. An example is a certain type of characters is not going to restrict input in a field. The hackers, on the other hand, can inject a JavaScript line on to the login form and obtain personal information.

The attacker is known to incorporate a binary code on a file system at a local level in a mobile device. It executes control over the device and then takes out all the local information. You can undertake this with the help of a malicious code whereby you force the user to be clicking on malicious clicks. In a way, you end up compromising the security of the device. This concept paves the way for reversing engineering as well. Here the users are looking to deconstruct a code and can expose the vulnerabilities and exploit it for further action.

Rated to be a type of bots, are known to run on IRC networks and is developed with the aid of Trojans. Once the device is infected and it connects on the Trojan as it starts to work for the client and information to a server reveals. It aims to have control over the device and you are in a position to dish out emails or text messages, make phone calls or even gain access to their personal photos or the contact list.

The best feature of a mobile security app is that it has to be risk-free and no personal details about a user are revealed. Even before the app is available for public consumption it is fundamental that is put through all the security checks. There are a series of methods that a developer has to ponder before they follow the practice. In a way, they prevent unauthorized access for any user. 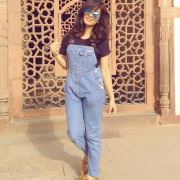 Ipshita Shekhawat
Ipshita Shekhawat works as a Digital Marketing Analyst in a reputed digital marketing company, Techmagnate. In her spare, she loves to spend a lot of her time hanging out on Social Media. She’s the perfect example of blurring lines between search and social marketing.

Tips on Buying a Data Logger