The Most Popular Cryptocurrencies in 2022 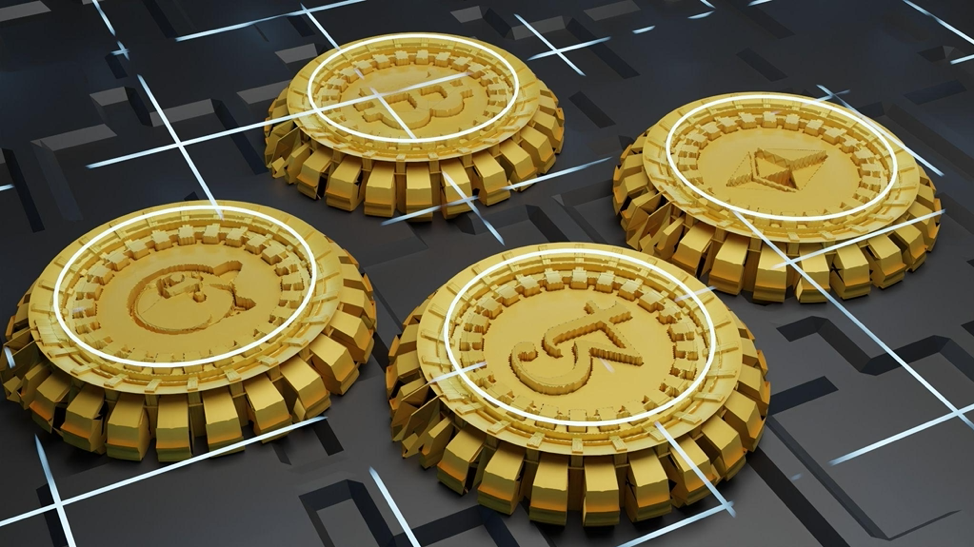 Did you know that the first crypto was not Bitcoin? It was actually eCash and it was developed in 1990. But, Bitcoin was the first cryptocurrency the public learned about back in 2009.

If you are considering expanding your current portfolio with some crypto, we are here to share the most popular cryptocurrencies to choose from. Read on to learn more.

Let’s start with more information about Bitcoin or BTC, since this is like the grandfather of all cryptocurrency types and the most well known. Even those that haven’t invested in Bitcoin yet, have more than likely heard of it. Even though it has been highly volatile since its release date, it’s the most popular.

Originally, BTC was less than pennies to buy one coin, but as it became more popular and more people started buying Bitcoins, it drove the price up. In 2011, Bitcoin reached $1 and in 2016, it reached $500. As of the writing of this post, Bitcoin is hovering around $19,000 (for just one coin).

Those that saw the value of crypto early on held on to their coins and have become really wealthy. In more recent times, more businesses have started accepting Bitcoin as a form of payment. If you are thinking that you don’t have $19,000 to spend on a coin, don’t worry, you don’t have to.

You can spend as much or as little as you want because you are allowed to buy a piece of the coin. So if $20 is all you can spare, you can own a piece of a Bitcoin and if the value goes up after you invest $20, you will see your $20 grow accordingly. Because of its volatility, you might see your $20 go down in value as well, but usually the drops in value are short-lived in the world of crypto.

The reason for the price increase is that there is a limited supply of coins. As more people buy coins, the higher the price goes. When people sell a part of their Bitcoin or entire Bitcoins, the price drops down. The maximum supply of coins created is 21 million, and no one can duplicate Bitcoins or create more.

One of the options to buy some Bitcoin is via an ATM. You can click here for more information to see if there is an ATM near you.

Ethereum or ETH is the second most popular cryptocurrency. This coin was created to make a suite of decentralized finance products that anyone in the globe can access. ETH launched in 2015 and has become the second-largest cryptocurrency.

The technology behind this coin allows people and companies to build organizations and apps. Also, people can hold assets, send and receive transactions without giving all of their personal information to Ethereum. This means that a person is in charge of their own data and what they feel like sharing.

LTC was created in 2011, and it is one of the first altcoins created.

Litecoin is built on Bitcoin’s original source code, so it shares certain similar features with BTC. It was created from a fork in the BTC blockchain.

It was made to help improve some of BTC’s issues. For example, BTC is known for having slow transaction speeds, LTC, on the other hand, is a lot faster. It was designed to have almost instant exchanges.

Another bonus of LTC is that the fees are extremely low compared to coins such as ETH and BTC. LTC uses a PoW system like Bitcoin when verifying transactions on the blockchain. The main difference with BTC and LTC, is that LTC uses a mining algorithm which enables much faster transaction times.

A new block to be mined is generated by Litecoin approximately every 2.5 minutes vs Bitcoin which is around 10 minutes. The supply of LTC coins is 84 million.

Many people call the coin Ripple, but it is actually called XRP and the network it’s used for is called Ripple. XRP was created in 2012 for the XRP Ledger. XRP coins are a bit different because they don’t use proof-of-stake or proof-of-work for validation.

SOL was founded in 2017. It is a blockchain platform that was designed to help support decentralized applications.

Some people refer to Solana as the “Ethereum killer” because it has the ability to perform a lot more transactions per second than ETH. Plus, their transaction fees are a lot lower transaction than ETH’s fees.

One main difference is that Solana uses proof of stake (PoS) when validating transactions. This method of validation is less harmful to the environment than using proof of work (PoW).

PoW blockchain is when miners compete to solve complex puzzles in order to validate transactions. Unfortinately, this requires more energy, which is more damaging to the environment.

The abbreviation of the Cardano coin is ADA. This crypto was co-founded by one of the initial founding members of Ethereum. He left the ETH world because he disagreed with the direction the company was going and helped create Cardano.

The blockchain for Cardano has been created thanks to a lot of research. Around 100 papers on blockchain technologies have been written about different topics, and all this research makes it stand out against other cryptocurrencies.

Cardano’s goal is to become a global financial operating system. They want to provide solutions for voter fraud, legal contract tracing, etc. As of the writing of this post, ADA is trading for around $0.35.

TRX was developed by the Tron Foundation in 2017. TRX tokens originally were ERC-20 tokens on the ETH network, but after a year they were moved to their own network. The goal of TRX is to make the technology suitable for daily use.

Smart contracts are supported by the TRON software, along with dApps, and different kinds of blockchain systems. The transaction model used, is similar to Bitcoin. The transactions take place in a public ledger, and then users can track the history of operations if they choose.

There is no central authority for the data that is hosted on the TRON network plus, it’s free. TRON invites those that are consuming content to reward content makers with TRON tokens. They want to help content creators that barely receive a fraction for their work on popular platforms such as YouTube, Meta, or Apple.

The TRON platform was also built to create a decentralized internet. Anyone that wants to can create dApps on the TRON network and offer content. In return, those developers can receive digital assets as payment for their work and efforts.

DOT was created to help exchanges between other blockchains. It uses a PoS blockchain that was designed to connect permissionless and permissioned blockchains along with oracles so that they can work together under one place.

Developers can not only create dApps on the Polkadot network, but they can also create their own blockchain. An advantage to this is that they can use the security that the Polkadot chain already has in place.

Unlike ETH where developers can create new blockchains, but they also have to create their own security measures which is sometimes difficult for smaller projects to do, leaving them open to attacks. The main Polkadot concept is shared security.

DOGE coin was created mainly as a joke and is known as the “memecoin.” An image of a Shiba Inu dog was used as the avatar for the coin. Dogecoin was created in 2013 by two software engineers who were commenting on the wild speculation of the crypto market.

Suddenly, in 2021, the coin caused a stir and the price of it skyrocketed. It is even accepted as a form of payment by some major companies. Soon after the rise of DOGE coin, another memecoin known as Shiba Inu (SHIB) was created and quickly caught on as well.

Which of These Popular Cryptocurrencies Will You Choose?

Now that you have learned about the most popular cryptocurrencies you can make an informed decision on which ones you want to invest your hard-earned money. Always remember that it is not wise to invest more than you can afford to lose because prices are not predictable.

Did our blog post help you today? Check out the rest of our finance section for more tips.