The internet has been one of the most revolutionary creations of the digital age. It has transformed the way people and businesses around the world interact with one another. Unfortunately, some countries around the world have denied citizens free access to the internet for a variety of reasons. Here we look at five examples of countries where internet censorship exists at considerable levels.

Before we begin, people are often confused about why governments impose restrictions on the internet anyway. There can be a number of reasons behind this ranging from religious values to economic or political differences with other regions. A country can either completely shut down the Internet or block access to certain platforms and content within their borders. Let’s take a look at some examples:

North Korea is one of the countries with the highest rate of internet censorship anywhere in the world. Information from within the country gets out at scarce moments. This is because access to the World Wide Web is not generally available in the country. Users can connect to the local intranet known as Kwangwyong which is also heavily monitored by officials. Global internet is only accessible to a handful of government officials and that’s it.

The People’s Republic of China is just as tough on its internet users as North Korea. The Government heavily monitors all data traffic within the country. Popular social media platforms like Twitter, Facebook, Instagram, Youtube and Snapchat are blocked in China. Reports by several agencies including CNN and Amnesty International rank China’s censorship as sophisticated and more extensive than any other country.

The Middle Eastern state is another nation where the rulers resort to heavy internet censorship in order to hide government wrongdoings and other events from the masses. Saudi Arabia bans any content that criticizes the leadership or any other branch of government.

Social media apps like Whatsapp, Skype and even Facetime are banned in the oil rich country. Recently a Netflix show titled Patriot Act was also taken offline in the country because of an episode talking against censorship in Saudi Arabia.

The next country on the list where internet censorship exists on extreme levels in Iran. The continuing discord between Western Powers and Iran is no secret. Naturally then, most of the services available on this side of the world are inaccessible inside the country. This includes all major social media platforms including Twitter and Facebook. Surprisingly, many leading figures in the Iran government including the President have a Twitter as well as Facebook account.

The communist regime in Vietnam heavily monitors any journalists or bloggers talking against the government, its action or their policies. Google, Yahoo and MSN are only allowed to operate in the country if they give up names of bloggers using these platforms.

Authorities also bar anyone trying to cover a controversial event in the country and uses a vague doctrine titled “abusing internet freedom” to imprison and silence journalists who may be trying to report on hostile actions by the authorities.

Despite the heavy restrictions, people continue to utilize several blocked websites and social media platforms in these countries. This is possible through the use of VPN services. A Virtual Private Network (VPN) is a software that masks user IP addresses allowing them to hide their original location and choose to be online from anywhere in the world.

A VPN can also allow you to access content which countries restrict from being broadcasted abroad. For the best Chinese VPN service and more, follow the link.

7 Successful Tactics for Your Website to Check Keyword Rankings

Why You Should Need To Watermark The Images? Learn The Obvious Reasons

By Raj Hirvate2 hours ago0
Technology

By Deepak Rupnar1 day ago0 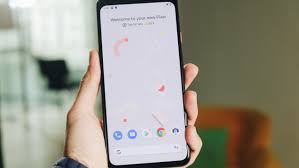 By Ganesh Kolekar2 days ago0

By Ali Dino3 days ago0 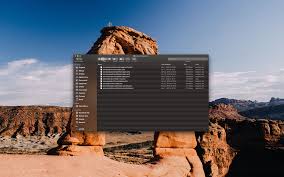 Everything Your Need To Know About The Mac Search Pulse Virus

By Deepak Rupnar4 days ago0

Necessity of Having an HRIS System in Bangladesh

By Ali Dino4 days ago0