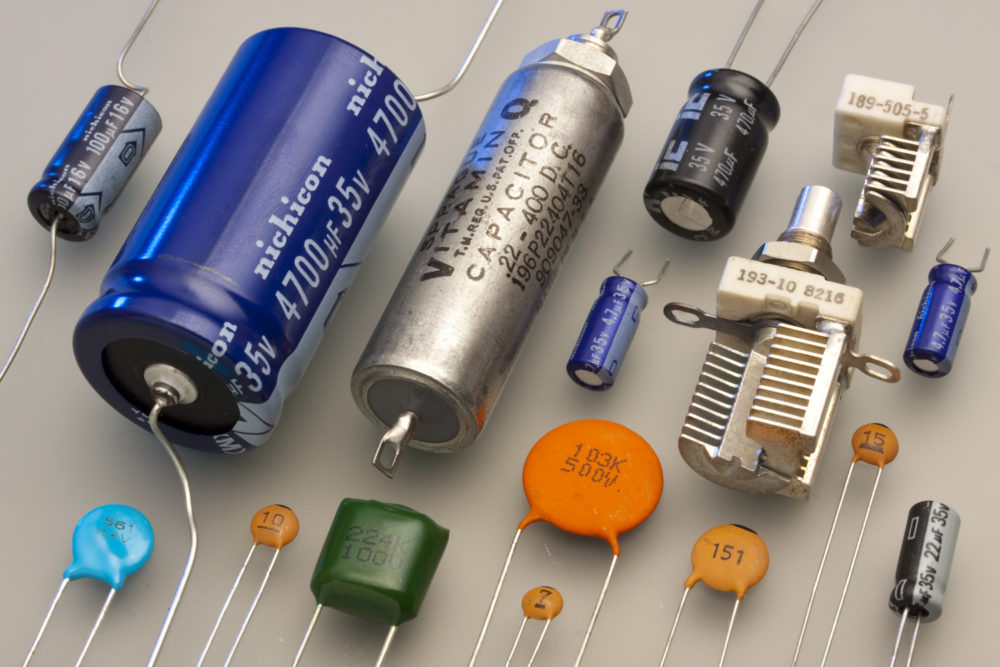 As time passes by, technological advancements progress too. As it turns out, technology has served a diverse range of applications, ranging from aviation to healthcare industries (check here) and a lot more. But more than the technology itself, the components make them work. Capacitors, which serve as a filtering device in almost all electronic products, are abundantly found in their crafted materials.

This might not sound particularly impressive, but capacitors work when charged by a current. On the most superficial level, a capacitor can store electric energy, allowing it to be used like a temporary battery for power outages or when in need of additional power for electronic devices. Commonly, it is a practice in electronic devices to use capacitors to retain the power source running while the batteries are being replaced. This helps prevent information from being lost.

Hence, purchasing capacitors may prove complicated. Keep in mind that capacitors perform a wide range of functions, all of which can be summarized as components that improve electrical performance depending on their application and configuration. If you pick a lousy or unsuitable capacitor, the circuit can fail to operate as intended.

Cost is, without a doubt, a critical factor in many applications because it varies from the capacitor to capacitor depending on the material used. It is necessary to procure high-quality components at the lowest possible price point. Like many high-performance capacitors, most can be obtained for a reasonable price. Hence, it is worthwhile to shop around for the best possible deals.

It is vital to consider what it will be used for in finding a capacitor. The same is true in noting the tolerance of each, as they can vary significantly depending on the type. For example, electrolytic capacitors have a usual tolerance of +80 percent / -20 percent, whereas others have a tolerance of 1 percent, and some have varying degrees of tolerance. Depending on the tolerance, deciding which can make the circuit function generally as it should, so it is crucial to carefully consider this feature. As a result, the selection could be more straightforward.

The working voltage is another important factor in determining its selection and application. Depending on the use, you should look critically at the operating voltage of a capacitor so that it would be able to suffice the required voltage for it to function correctly. So always look for its working voltage range availability and select based on it. For example, tantalum capacitors can be purchased at lower voltages, whereas ceramic capacitors can be purchased at higher voltages.

The actual value of the capacitor is a must-know. Since the design may vary according to the type, it might also influence the electronic component value. In finding a capacitor, it is recommended to ensure that the type falls within the E series standard values. They are typically more accessible to source or get. At the same time, it is cheaper to purchase, making it an ideal component that will last for a long-time.

As the name implies, film capacitor uses plastic films as dielectric material and is sandwiched between two layers of wires made of aluminum foil. This capacitor comes in two available varieties: inductive and non-inductive.

Moreover, when you require a low tolerance capacitor with high reliability while also being able to withstand high temperatures, this is the capacitor to choose from. Hence, it provides good capacitance stability and high insulation resistance. Notwithstanding, even at high frequencies, it maintains a high-efficiency level.

Ceramic capacitors, as the name implies, are made with ceramic material as the dielectric material. It is available in virtually any size and shape on the market. It is purchased at a low cost without sacrificing quality because its performance has always been reliable. When it comes to accuracy and tolerance, it also has the highest level of stability, and the changes in voltage and temperature are also stable in this device.

Not to mention, this type is the most common capacitor in the market. Also, they are described as non-polarized, which means that they can be safely connected to an alternating current source. This is a preferable option if you want a light in weight and highly reliable capacitor. Because of their ability to operate in high voltage, they are suitable for use as filters and oscillators.

Compared to other capacitors, these capacitors have a higher capacitance because they use an electrolyte. Aside from that, they are almost always polarized, which means that the voltage on the positive terminal is always greater than the negative one unless the capacitor is depolarized. This cap is recommended if you require high capacitance values even in the absence of tight tolerances or alternating current polarization.

An electrolytic capacitor’s most common application is in power supplies, where it can reduce voltage ripple and filter out unwanted voltage fluctuations. Despite the high capacitance value, there are a few disadvantages to using this type of capacitor. Examples include the generation of large leakage currents and the limitation of service life. As a result, it is critical to select high-quality capacitors to reap long-term benefits.

A supercapacitor will undoubtedly be what you need if you require a higher voltage. When it comes to electricity storage and release, a super- or ultracapacitor comes to mind. It is a device that stores and releases electricity. It works similarly to a battery. It can be recharged, but a supercapacitor stores electricity in a static state, allowing them to be more efficient when charging or discharging energy faster.

Furthermore, these devices’ high power density and load currents allow them to have a life expectancy of 10 to 20 years or more. As a result, it can charge to an almost immediate extent.