Warzone Tips and Tricks for Beginners 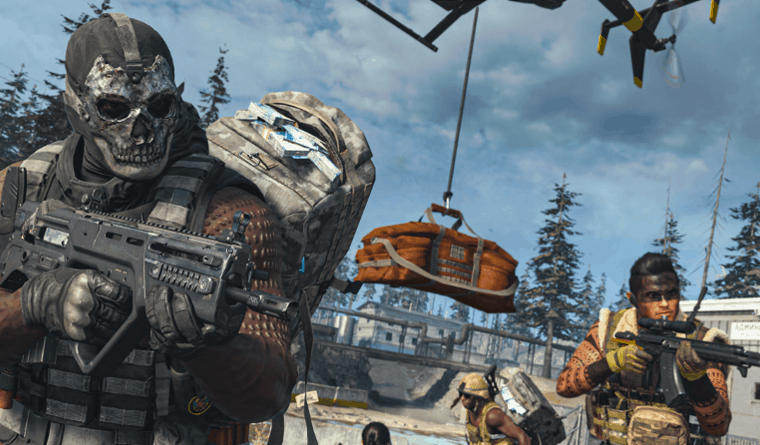 The recently released call of duty warzone has quickly become a fan favorite because of its intensity and amazing gameplay. If you’re one of its teeming users, you’ll agree that warzone is an action-packed game full of intrigue.

If you’ve played any of the previous calls of duty releases or even PUBG you won’t find it difficult to navigate around the warzone as it uses similar gameplay and features.

The game begins with a team of 150 players split into groups of 2 to 4 players. These groups will have to jump out from the plane at different intervals and unto different parts of the map.

The aim is to navigate your way killing every group till your team is the last group standing. Warzone makes it even more interesting by limiting the weapon everyone has at first to just a pistol and creating a dangerous gas area that continues to close in on all players forcing them to fight off each other to survive.

As a beginner, however, you’ll have to grapple with several different features and tactics and that is why this guide is here to help you with tips you can use to get better at playing this game.

Drop at the Edge of the War Zone

You get to choose when and where to drop off from the plane. Where you drop can have a significant effect on your chances especially as a beginner.

Dropping off in the middle of the warzone will put you in the thick of things with possible attacks from all angles. You’ll also have limited supplies to pick as several other players will be struggling with the same supplies.

A more careful approach is to drop off at the edge of the warzone. Here, you have a whole area to pack supplies and you’re not worried about attacks from one part of the area.

You’ll also encounter fewer enemies as you move towards the center.

Different Weapon Types can Save You

In a warzone, you can only hold two weapons at a time so make that count. Instead of holding similar weapons, it is best to hold weapons of varying damage. It can be a shorter-range gun and a sniper.

One thing with the sniper though; just one rifle is enough for the team. Others can pack other varying weapon types and give your team a better fighting chance depending on the enemy and distance.

Another advantage is you get to spread out the use of your ammo and not deplete one particular ammo type.

Spending Your Money is Wise

It might be tempting to save a lot of cash you’ve gotten in the game but don’t fall for that. Spend as soon as possible because death takes it all. Doesn’t matter how you come back, you won’t have the money anymore.

A good investment to make is to buy a self-resurrect kit at $4500 to bring yourself back to life when you die. You can also “call back a teammate” from the dead by paying some money.

Color of Supplies Determines its Value

There are several supplies you can pick up in the game and all have their varying importance. Some are harder to find as indicated by their colors with white being the most common.

You can also have green which is not so common, blue which is rare, and the more interesting purple and orange packs which are epic and legendary respectively.

The color of these supplies also indicates the number of added attachments you can get along with them with orange having the most at 4.

Once you see a valuable supply as indicated by its color, you shouldn’t miss the opportunity to pick them up.

Vehicles can Help You Move Faster but Watch Out

As with a lot of things in the call of duty warzone, using a vehicle to move faster can come with its disadvantages. Top of the list is its sound and size.

They are usually loud and easy to target due to their size which can quickly put you down. You can use tanks, helicopters, trucks among several other vehicles.

It is best to avoid the center of the warzone when using these loud vehicles as you risk attracting teams of several enemies.

You do not have to become a pro to enjoy warzone as there are several small wins you can pick up in every battle like contracts that will boost your morale.

However, if you’re looking to go head in, destroying enemies even as a beginner, you may need to employ warzone aimbot, cheats, and tricks. Download the IWantCheats HWID Changer and stay undetected while playing your favorite PC game.