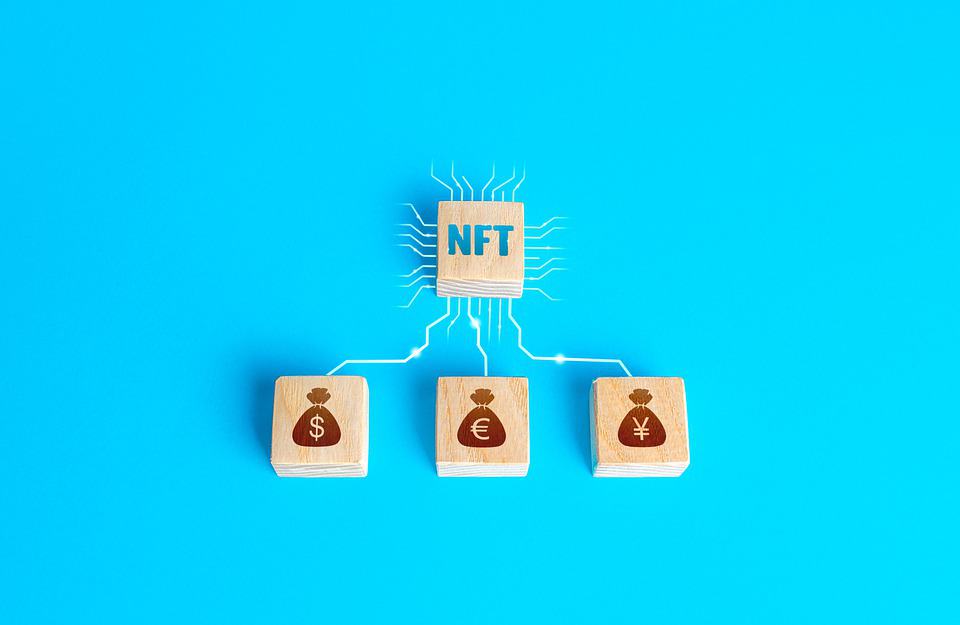 In this text, we will explain what NFT is, where to buy a token, and how to participate in this globally popular phenomenon.

Although there are many texts related to NTF existing both online and in form of books, we will dedicate this one of ours to beginners to explain everything that may have interested you related to NFT in the previous period.

What Does NFT Mean?

A good example is a money – one $ 100 bill can be easily exchanged for another $ 100 bill. Likewise, bitcoin, ethereum, or safex are also interchangeable. On the other hand, for example, a work of art cannot be interchanged by another in the same way.

NFT behaves like a cryptocurrency – it exists on a blockchain, it has value, and it can be traded. However, it is visually appealing enough to be referred to as NFT creation or, even more simply, NFT digital assets. NFT is not just a digital image, it can also be video, montage, meme, sticker, card, game item, and so on.

These tokens are one-of-a-kind, just like a work of art might be one-of-a-kind. There are also partially unique tokens (but also those that are more numerous), but they are limited in number. This is a feature that has a substantial impact on the pricing, among other things. NFT is also indivisible – unlike bitcoin, this token cannot be divided into halves or portions but instead acts entirely in its full. NFTs guarantee discretion in transactions, so no wonder that gamblers more and more frequently opt for online casinos and casino games that are offered through decentralized applications. The best online casinos having games of top-notch software providers (such as top Push Gaming online casinos) on their offers figured it out – they go with the flow and offer such a way of gambling to their customers.

What else is important? These tokens are bought or sold at special stores – marketplaces. Some of them are OpenSea, Rarible, Nifty Gateway, Top Shot… There are also different categories of this digital property, which we will write about a little later.

On Which Blockchain Do These NFTs Exist and What Are They For?

NFTs exist on the Ethereum and EOS blockchain. NFT on Ethereum is called ERC-721 or ERC-1155 tokens. Each of the tokens on the blockchain has a different ID, but they also often look different in a visual sense. For example, NFT number #1234 will not be the same as number #1235.

What is NFT really for? NFT is used to create unique digital assets, which can be part of a collection or can be used exclusively for resale for profit. This is very similar to owning a physical work of art. This NFT property cannot be hung on the wall because it is of a digital character, but it has its value, which has been very visible lately. Perhaps it is even simpler to exhibit a digital work than a physical one in terms of visibility and number of visits, compared to the physical. NFT can be found in the field of gaming, art, collecting, entertainment…

Initial NFT, the one before current NFT became popular, was in the form of CryptoKitties. It falls into the category of games, although it also belongs to the category of digital assets, just like some digital stickers that can be sold well if they are in demand. Every kitten is unique. The kitten was obtained by mating 2 cats, it hatched from an egg, which is also written on the blockchain. If the parents of the kitten are the bearers of some special characteristics, the more likely the kitten will get some of its peculiarity, which will give it greater value. Such a rare cat can be sold, and make a profit.

READ MORE -  Why the Bitcoin Halving Predictions May Be Right?

NFT Stores and Their Most Popular Categories

OpenSea is the largest NFT store, which has a large number of NFTs, but also a lot of categories. From this market, but also from the others, we will mention some of the most interesting ones. The category of art attracts the most attention, as well as sports cards/stickers and gaming items. Here is the list:

CryptoPunks are at the top of the list with the highest profits in recent times. They look like useless and incredibly ugly images that no one would ever buy. But one of them, under number #7804, was sold for $ 7.8 million. In such cases, there is always the possibility that this is the so-called wash trading – a process when the seller puts something up for sale and buys it himself in order to manipulate the market or draw attention to himself as an artist/seller.

But why would anyone give even a dollar for something like this? If this is digital art, let’s all draw it in Paint. That is not the point. Anyone can do something like this, but the point is to be on the blockchain so that it can be part of the system and be sold. CryptoPunks had a trading volume of $ 47.3 million in the past week.

The most expensively sold sticker in digital Panini is of a player Kylian Mbappé. It was sold for 116.15 ETH. Sorare had a trading volume of $ 3.6 million in the past week.

How interesting this model is for people is also shown by the fact that already for the first few days since hashmasks became popular, the works were traded in tens of millions of dollars, and the prices of some individual works have already jumped to tens of thousands of dollars. Hashmasks had a trade turnover of $ 2.4 million in the past week.

Rarible is very popular in the art category. It issued its token called RARI, and it is not an NFT but an ordinary ERC-20 token that can be found on the CMC. When it was released, the price of RARI was less than $ 1, and it is currently worth $ 30.

There is a difference between Rarible and some other platforms, there are even more tempting options than it. For example, if you want to sell more than one piece, OpenSea is a better option. You need to pay about $ 100 to create an account, and then every upload is free. It is not necessary to create an account on Rarible, but uploading each part costs 50+ dollars.

Nifty Gateway is another store where it is possible to buy NFTs, here called Nifty. This store, like OpenSea, is owned by Gemini and offers the chance to buy and sell digital art. Gateway is a more exclusive store because an individual has to sign up and be verified in order to sell.

Nifty Gateway collaborates with well-known artists and brands, and the art on Nifty Gateway is often of higher quality than that on OpenSea. What is characteristic of Gateway is that collections are released and paid for in dollars. Beeple, Grimes, Kenny Scharf, Micah Drew Johnson, and others are among the artists who have benefited from this.

Atomic Assets is a marketplace where you can buy and sell Garbage Pail Kids, Blockchain Heroes, Pepe, and other collectibles. All digital creativity is sold for WAX or EOS. In a similar way as in other stores, you can buy or sell stickers here. Perhaps the most popular among them are the Garbage Pail Kids cards that existed in the 80s as a parody of Cabbage Patch Kids, which was popular at the time.

Every day, around half a million WAX is spent on transactions, amounting to more than $100,000.

This popular marketplace sells special moments from the NBA league in the form of a short video, connecting fans and players in another way. NBA content has become very popular so, for instance, Nikola Jokić’s sticker was sold for $ 244,444. This trend continues, and famous athletes are still entering the Top Shot. The videos are categorized as ordinary, rare, legendary, and ultimate moments.

Why would people buy these videos, when they can watch all those moments countless times on the Internet? It is not a matter of watching at all, but of the fact that this part of the sport’s history is written on the blockchain and as such a part of the system, which can be charged. In this way, videos can be sold or stored in a personal collection. The sellers on the NBA Top Shot recorded a profit of $ 371.4 million and is thus first on the list, compared to other NFT stores.

Some other famous stores are Myth Market, TreasureLand, NFT Hive, DecentraLand, Zora, and so on.

What Are the Most Popular NFTs?

There have been really popular and expensive sales in recent weeks. On this occasion, we will single out just a few. Top Shot, CryptoPunks, Sorare, Hashmasks, Axie Infinity, and so on, all achieved the most sales in the last week.

What Does the NFT Phenomenon Lead To?

NFT is a global phenomenon – blockchain art that can be well cashed in. NFT is in the rank of baseball cards, made sometimes by celebrities, sometimes by good artists. Will future art look like this? Are we going to share stickers/cards only online and does sharing stickers in front of the building with friends have no more sense? We don’t think so.

Certainly, the year 2021 belongs to NFT and there is still room for growth, and it will yet get the attention of cryptographers and artists. Try to make some NFT yourselves, maybe you will earn millions… 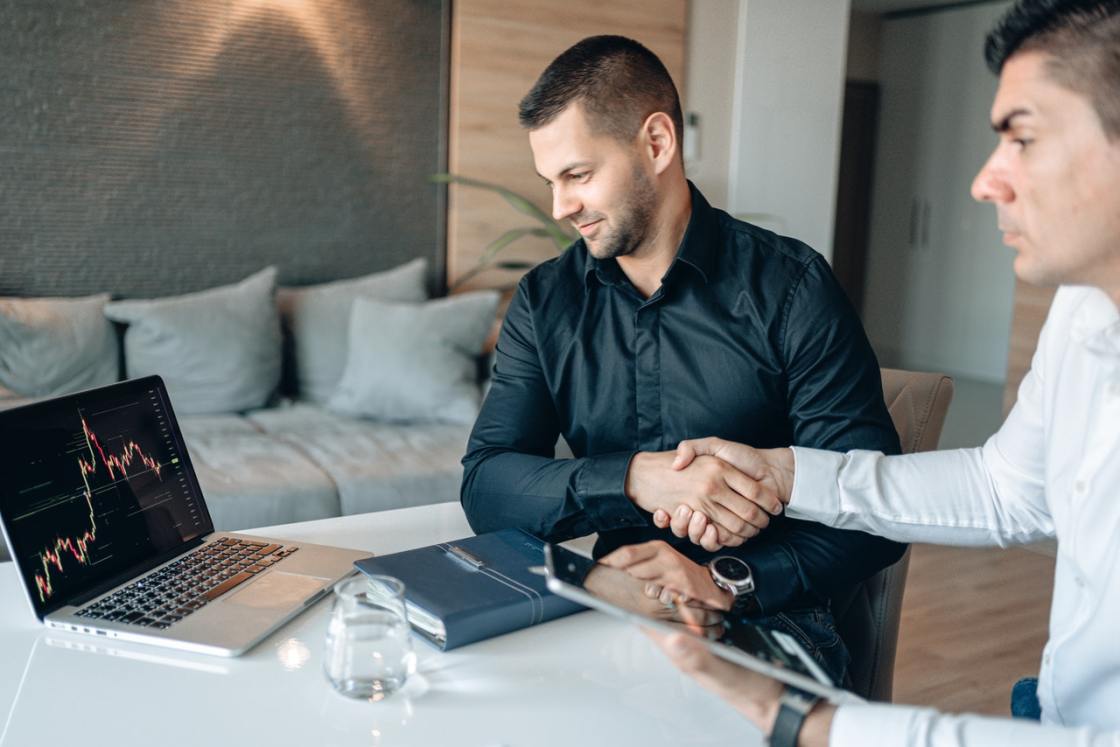