Best HBO Series You Must Watch In 2022 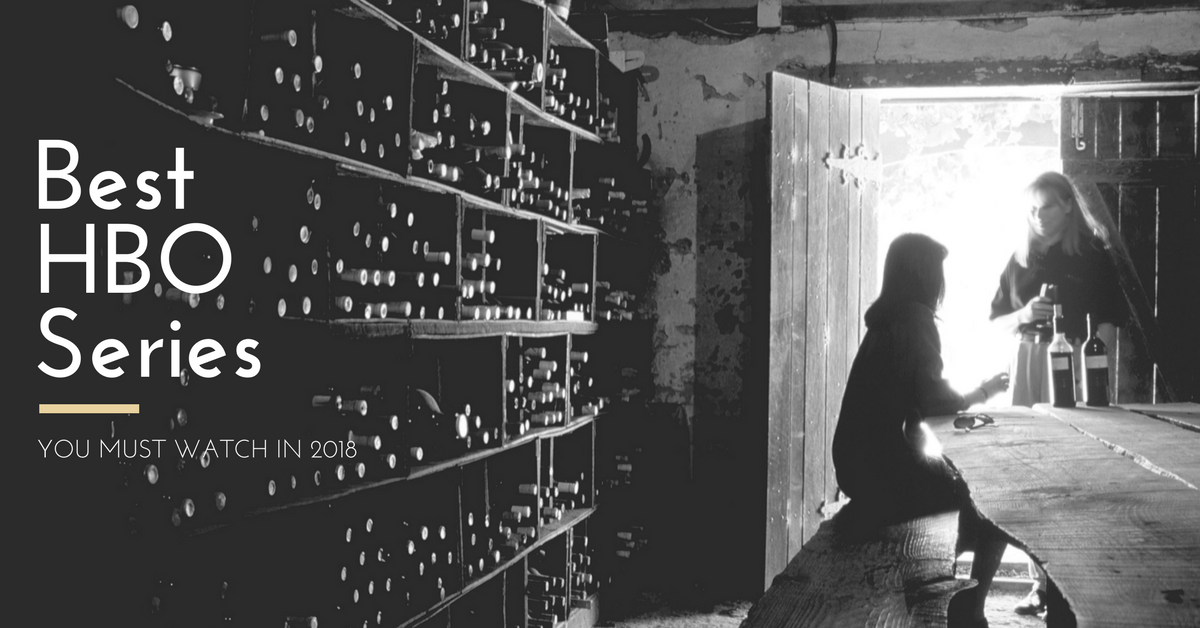 HBO is bringing some of the best entertainment on the small screen your way. Though HBO and Netflix have gotten head to head with each other for viewers’ attention, HBO sure seems to have taken the lead. With more hits than misses (Netflix bombed the hyped Iron Fist and Defenders series), HBO managed to get their best foot forward in 2020. It is noted for its dark dramas and deep themes which have worked really well for the cable giant over the years.

Do you like HBO shows too? Here are the best HBO series that you must watch in 2022. 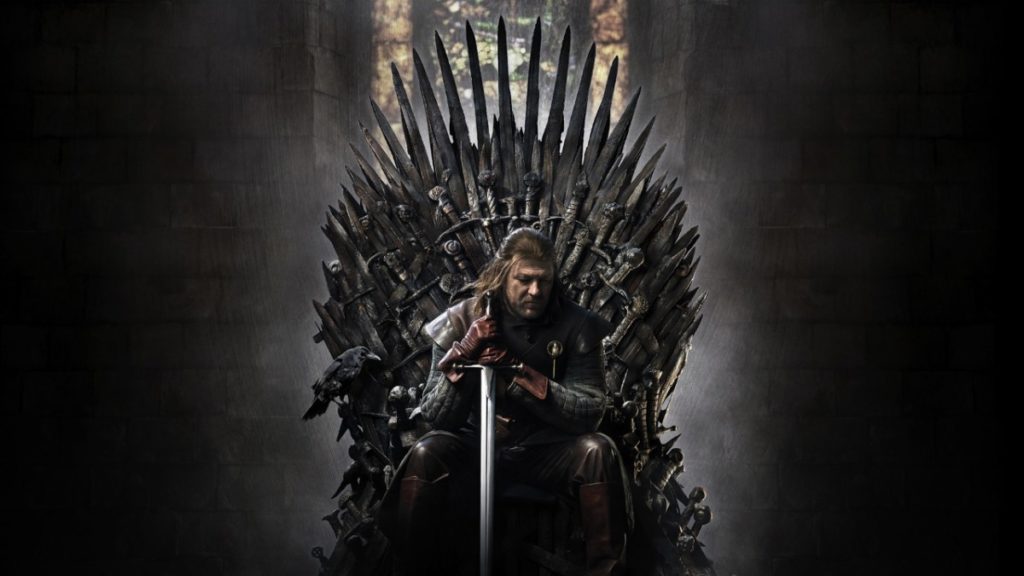 This series has become synonymous with HBO ever since its inception. The cable giant’s more intriguing and popular offering, Game of Thrones is offering you the most spectacular action ever seen on TV. Seven seasons of this series have premiered till 2017 and the eighth and final season will air in 2018. However, the chances of the series finale getting a push to 2019 are also ripe. Regardless, if you are looking for binge-watch series in 2019, Game of Thrones should be your choice. It offers a dark but interesting tales of fighting clans, based on an equally exciting novel by George R. R. Martin. This is the best HBO series. 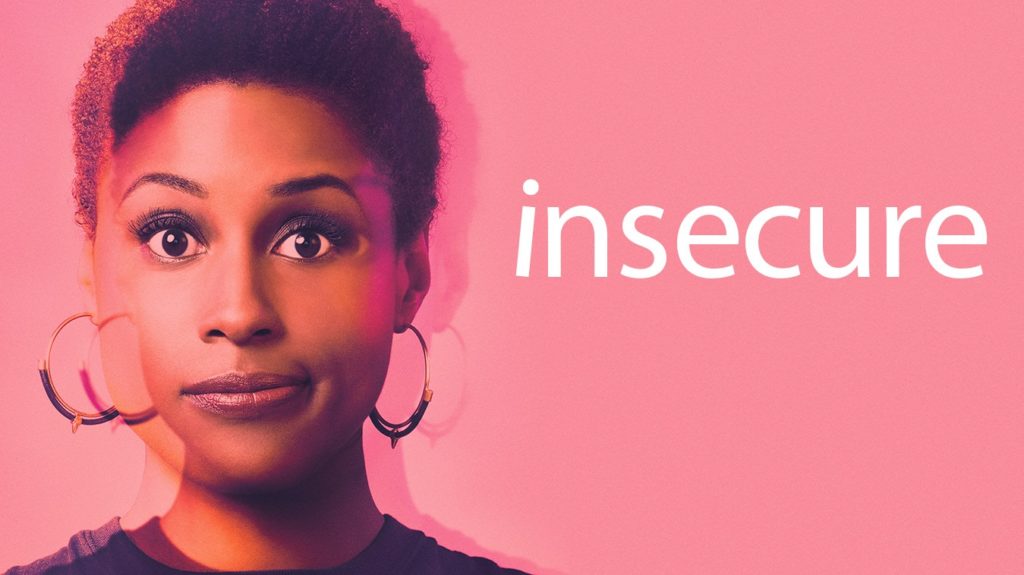 This is by far the best ever programming on HBO in 2017. Issa Rae stars in this multi-cultural, topical, and relatable series. This half-hour comedy was built on The Misadventures of Awkward Black Girl, a YouTube series created by Rae. Her internet fame helped her launch this fabulous program that features the stories of young black women and their everyday struggles.

The series touches on many important and sensitive topics, including workspace biases, woes of everyday life and institutional racism. However, the most fitting satire comes in the widespread adoption of African-American culture by white people and the commodification of everything associated with people of color. The series offers a fresh and fun take on the world, which has helped it rise to fame.

Imagine a Jurassic Park. This amusement park is only for the entertainment of the rich and famous. Now, replace the tropical jungle setting with the Wild West and dinosaurs with horses. Westworld is like an equestrian Jurassic Park which is filled with androids. Though the series is a remake of a 1973 Michael Crichton film, it presents an entirely new perspective on the story.

Created by Lisa Joy and the younger Nolan brother, Jonathan Nolan, this series is considered the next Game of Thrones for HBO. Though the series looks like complete exploitation of money for acting on their impulses. However, as the series develops, you find deeper and more thoughtful stories about self-awareness and how past experiences shape current life. The story is told in the most exciting ways possible. A must watch for everyone who enjoys complex storylines. 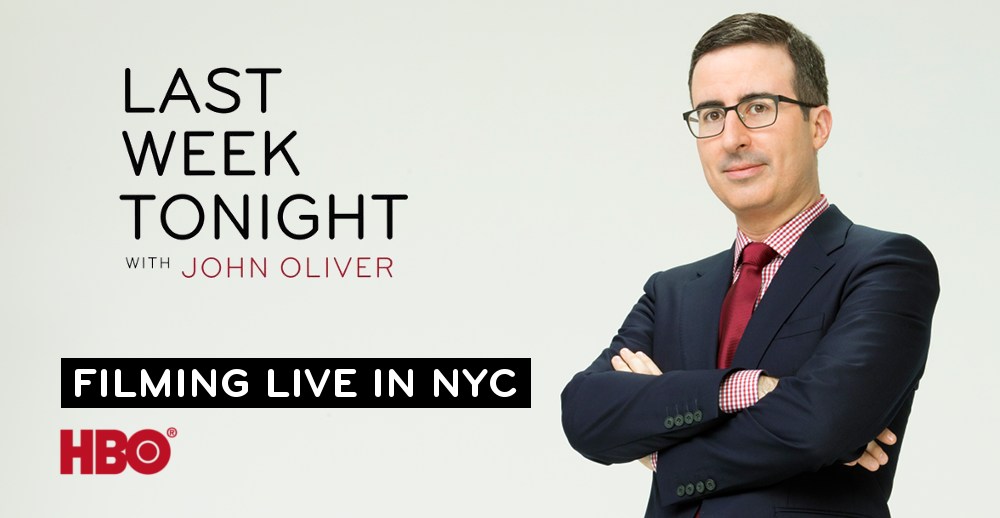 Though it isn’t exactly a series, Last Week Tonight with John Oliver continues to be one of the most popular shows on HBO. This half-hour news satire brings you the most entertaining point of view on current world issues. The show only airs once a week but offers some of the best insights into modern news, politics, and world issues.

The show’s host, John Oliver, has been criticized by many right-wing fanatics repeatedly but was even dissed by President Donald Trump online. John Oliver presents the content in an endearing British accent and excellent comic timing. More importantly, he strives to touch on issues that are excluded from mainstream media.

In a time when the news is solely concerned with the White House, he brings a refreshing new take on news, satire, politics, and comedy. However, HBO provides great flexibility and freedom for this program to continue. You can binge-watch old episodes of these programs, and they still feel as entertaining and fresh as new. 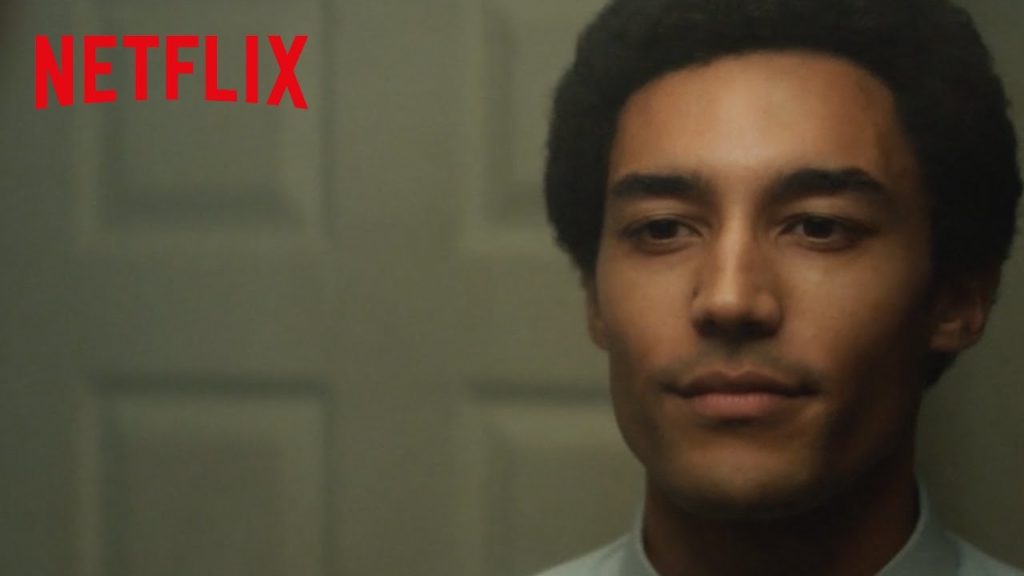 One of the most anticipated series to air in 2018, Barry is the story of an ex-marine who is living in in the Midwest and working as a hitman, but earns a meager sum. One day, he gets so frustrated with his life that he chooses to go to Los Angeles and kill someone big. This would help him in rocket launching his hitman career and earn him some money and fame.

However, as he travels, he finds himself in a theatre group among accepting and warm people who could change his perspective on life and career. Bill Hader stars in this series as Barry. He is also directing this series. Expect some great comedy from this SNL star who is ready to bring a chuckle your way with this new comic best hbo series.

The series is set to feature Oscar winner Tim Robbins, as he strives to create magic in this Alan Ball series. The first season of the series will air in February 2018 and contain ten episodes. The series will feature a multi-racial family with only one biological child and adopted children from Colombia, Vietnam, and Somalia. Greg, the man of the family, faces problems with his wife and his multi-layered family that is harboring some problems of its own. This series features a comic take on tragic situations and brings family drama to the surface in complex families. There is a twist in the storyline of one of the children. Watch to know what the best HBO series has to offer.

This TV series brings you to an alternate version of history where the American Civil War ended with a different result. In this alternate timeline, you will find the succession of events that lead to the American Civil War where the southern states have successfully moved away from the union of states. In this timeline, slavery is still legal in the southern states and has even evolved as a modern institution. This horrifying future could be too rough for some. However, if you are game for a history that went the other way, you could find some great content in this best HBO new series. 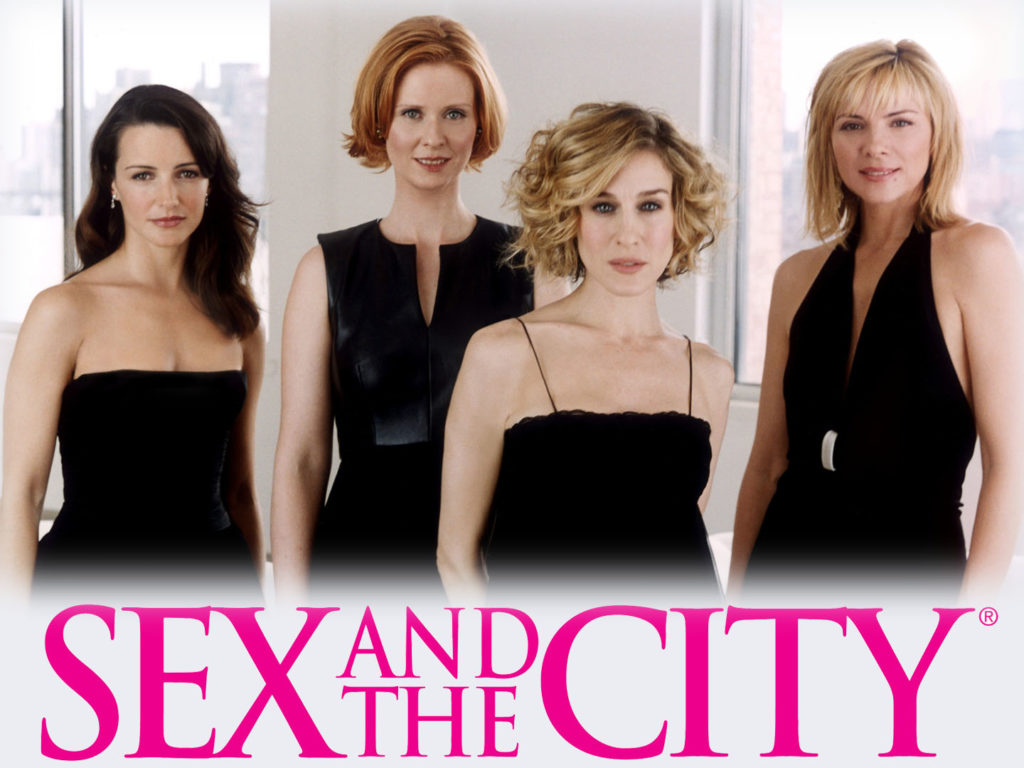 Though it isn’t one of the best shows to air on TV (yes, yes, we admit), Sex and the City was a phenomenon that brought scores of viewers to HBO as well. The series also shot Sarah Jessica Parker to fame, even though the real audience demographic of the show wasn’t necessarily wide. The show features Carrie Bradshaw, a certain NYC resident who can write well but doesn’t make good decisions in her love life. The show presented the most infuriating clichés of women, people of color and the LGBT community. However, those bits aside, it was one cultural and TV phenomenon that should not be missed. Watch the show for Samantha Jones.

If you are looking for one of the best shows on HBO to watch in 2018, The Wire should be your first choice. The series created by David Simon gives you the ultimate morality infused plot in an atypical tragedy. There is nothing good or bad, black, or white in the series universe. The show presents the most true-to-life depictions you will ever see on television. Overall, it is a fantastic series that you must watch. Some fans like to call it the ultimate end of the American Dream, but you may want to decide after watching it yourself.

This is one of the most interesting and deep series that you will ever watch on TV. The show is highly acclaimed for its drama and its complexities. There are so many deep and troubled characters in the series that you will want to rethink all your character judgments once again. You will find an adulterer with zero control on his wishes, a psych patient who can’t seem to find any help, a friend who always strives to get the best for everyone- all this in just one character.

The Sopranos is credited with bringing the multi-dimensional face of killers to the surface. Most crime and thriller series have only brought the most unidimensional character displays of mob bosses and killers. However, this one takes the game a notch further and brings to you the most illustrative, detailed, and dynamic persona of a criminal. If you want to know how crime works, this is the best HBO series you must be watching. 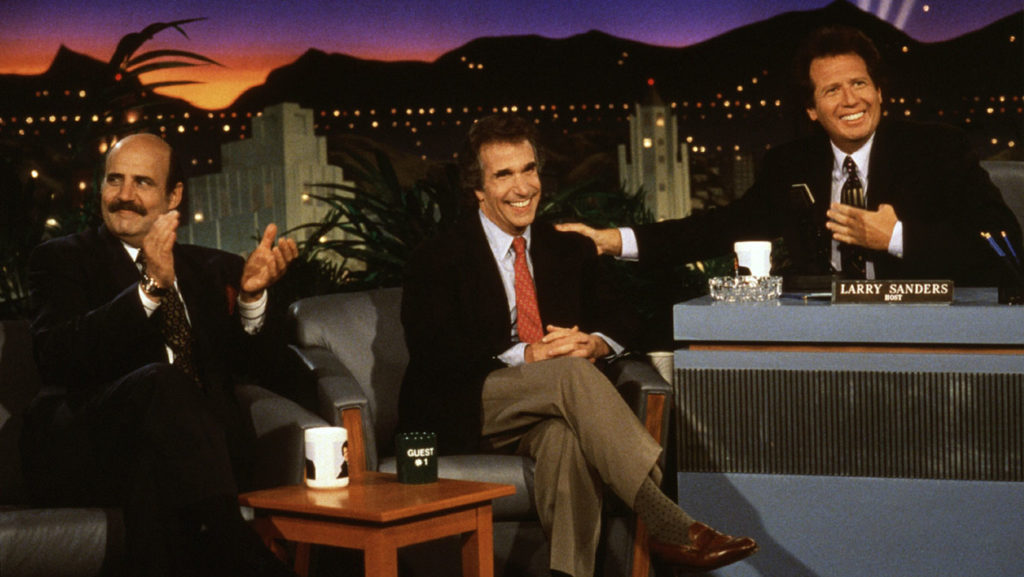 If you love watching Hollywood parodies, you should only watch one – ‘The Larry Sanders Show.’ This series has been one of the most fitting parodies of all times. There are egocentric characters and insecure executives, all trying to make the best of their lives while indulging in extreme self-hate as well. You will watch the great comic timing of Garry Shandling, who presents the most amazing satirical take on his own experience on the ‘The Tonight Show.’ Though the characters are mildly exaggerated versions of themselves, they are quite endearing and one of the best you will see in a comic series. A must watch for everyone!

Do you like our list? Are there any other TV shows that you look forward to watching in 2020? Share their names with us in the comments below.