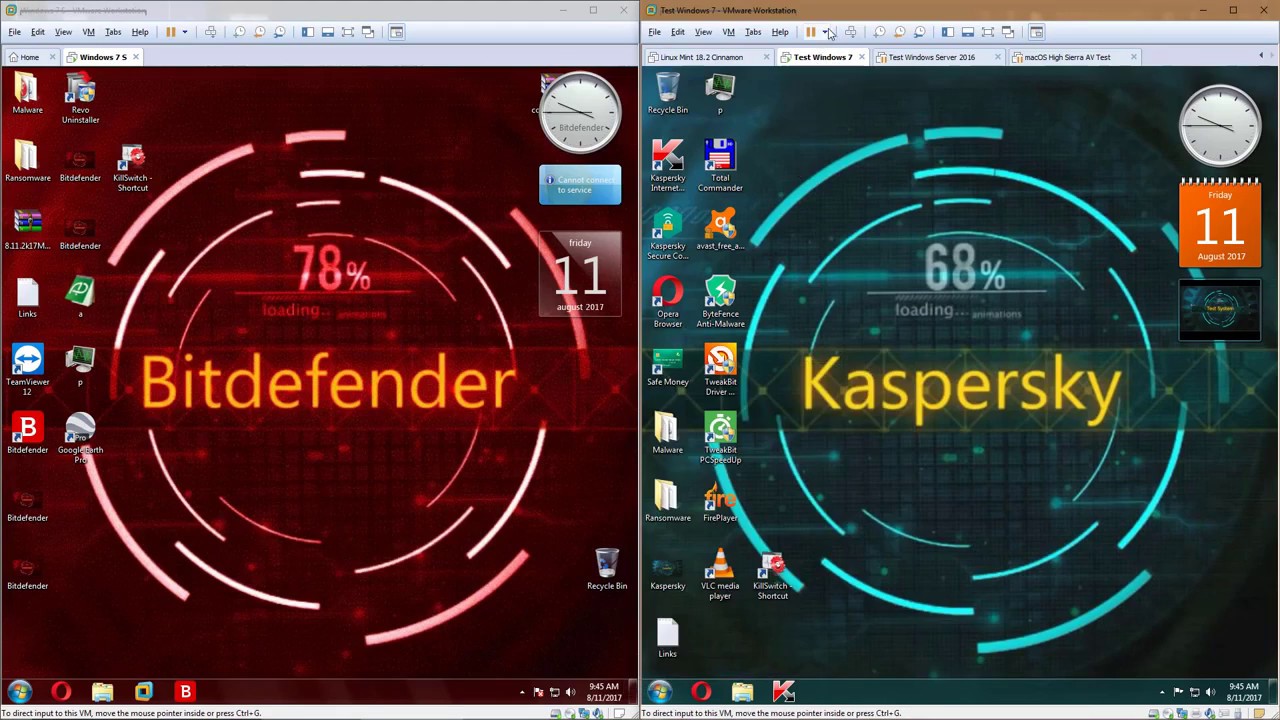 Online security programs have become mandatory for every computer, and laptop to running in the background. The world has Billions of dollars each year to online scammers, and the majority of the money lost by the common people and no one can deny it.

Online scammers target common people because major enterprise and companies have millions worth of security installed to protect their files and computers. But, a common man has less knowledge, and they are easy to scam.

The Origins of Kaspersky and Bitdefender?

In the year of 2018, it matters who designed and developed the programs. It is also important who is currently releasing the virus definitions and updates.

Kaspersky: The Kaspersky Lab is the company behind the program initiative, and the first developers who made Kaspersky stand in the world of computers are Eugene Kaspersky, Natalya Kaspersky, Alexey De-Monderik, and Vadim Bogdanov.

The Kaspersky lab company headquarters located in Moscow, Russia, and every program and virus update developed in Russia, then they reach you.

Bitdefender: Florin Talpeş developed the online computer security program in Romania in 2001. The company headquarters is located in Bucharest, Romania.

In simple words, every time you get an update for your version of Bitdefender product, then you know where it is coming from it.

We know that you are wondering, why we have listed company origins because many bad people are exploiting your data. You need to know who is your protector and if you can put your faith in them.

Each program file size is over 300MB, and you can estimate the complete size after the installation. Both programs have worked hard to ensure to give you smooth performance while protecting your PC.

We cannot argue that Bitdefender and Kaspersky are good at running background without any lags or freezing the PC. Unless, you are using old a PC that has Pentium E2180 processor or even older. The overall performance of an old system will be bad because every online security program has become heavy, and old processors are not designed to handle it.

The primary purpose of the security programs is to protect our computers from all threats like Malware, Adware, and Virus. We are going to tell you what Kaspersky and Bitdefender can offer you.

Bitdefender: The Romanian company has invested a lot of money in marketing and improving their services. But, did they improve the program and features?

One: You get seven packages to choose from it.

Three: Bitdefender main packages do not detect Adware.  But, the Bitdefender offers Adware program for $9.99.

Five: Every Bitdefender user has to invest at least 20 minutes of time to understand, and take full advantage of the program.

Six: We were not able to find any complaints about their security system. So far, the company remained trusted among the existing users.

Kaspersky: The company has developed their security program does detect Virus, Trojans, and Malware, but it does not detect Adware and Pornware. You may have to buy additional software to scan and remove Adware from your PC.

One: There are six packages offered by the Kaspersky.

Three: Kaspersky user interface designed for the beginners, so it beats Bitdefender at UI.

Four: We can tell you that Kaspersky has fewer features compared to the Bitdefender.

Five: Last year the Government has banned Kaspersky suspecting that they might be working with the Russian government and conducting the suspicious activity. The Kaspersky Labs products removed from the USA compliance with September 2017 order.

You can read more about it here.

Everything boils down to pricing, and we should consider users budget as well.

Bitdefender starting price for the entry-level package is $7.34.

Kaspersky starting price for the entry-level package is $29.33.

The price difference is massive for total security packages.

First, try the Bitdefender 30-day trial, and then try Kaspersky 30-day free trial package. Only then can you decide when one suits you the best.

How to fix common errors in ManyCam

Cutting the Cord: Which TV Streaming Service Is Best?