Quickfire’s Ten Year Anniversary: How Far the Software Developer Has Come in a Decade 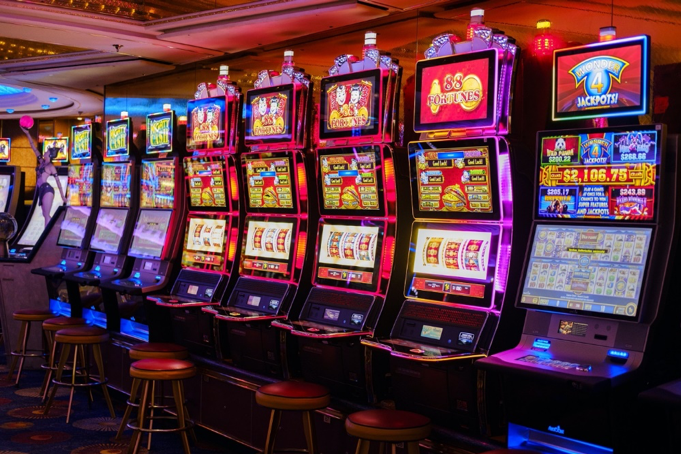 Microgaming, the multiple award-winning Isle of Man based software provider has built up quite a reputation with their impressive portfolio of immersive slot games. But not only that, Microgaming were the brains behind the Quickfire integration tool, allowing for hundreds of their games to be integrated within the game selection of online casinos. In simple terms, Quickfire was the starting block that operators needed to be able to deliver more choice to players.

Various themes, bonus features and pay-outs are offered, including non-progressive slot titles where the amount you can win will be the stated set value and on the other end of the scale you have the progressive jackpot titles, where the cash prizes grow and grow with no upper limit.

Established in 2010, the Quickfire platform also integrates a host of other gaming variants too: roulette, blackjack and video poker to name a few. In a digital age where more and more people are using smartphones and tablets, it’s vital that online casinos keep up with the times, which is why Quickfire offers a mobile gaming platform which supports gaming on the go. No apps and no downloads required – it’s all about instant play.

Licensed and regulated by the UK Gambling Commission, Quickfire has surpassed all expectations to be awarded a permit to offer gambling services online. Fairness, security, and integrity have also been proven to be up to scratch and all games are independently tested to ensure that the gaming outcome are random at all times.

Despite being created by Microgaming, Quickfire offers content from NextGen Gaming too, the software developer behind the Foxin’ Wins slot franchise. It’s true to say that the bulk of the games are video slots but there is also access to arcade style games, table games and instant wins. There are seven innovative roulette games on the gaming platform: European Roulette Gold, Multi Wheel Roulette Gold, Premier Roulette Diamond Edition, Multi Player Roulette, Premier roulette, French Roulette and American Roulette, but we expect this to grow. If you need some help deciding, you can find a great review by Aidan Howe here.

There are no less than 18 blackjack variants offered, each delivering stunning graphics, immersive settings and impressive audio alongside some of the highest RTP (return to player percentage) of all casino games – often exceeding 99.5%.

Jurassic Park remains one of the most popular Quickfire titles to date with a 5-reel engine and 243 ways to win in each spin. Based on the blockbuster movie franchise of the same name, Jurassic Park rolled onto our online casino screens in the summer of 2014 with an RTP of 96.67%. Scenes from the iconic Steven Spielberg film grace the reels and thanks to Parallax Scrolling effects, the symbols come to life. Free spins, multipliers, wilds, guaranteed wins, nudging reels, re-spins, split symbols and wins of up to 6000x are just as impressive as the dinosaurs!

Game of Thrones is another spectacular and highly entertaining release by Microgaming and Quickfire with two versions: a 5-reel 243 ways to win machine, and a 5-reel 15 win line engine. Based on the worldwide hit television series by HBO, Game of Thrones focusses on the four main houses of Westeros; Baratheon, Lannister, Stark and Targaryen. Delivering iconic sights and sounds from the television show, each spin takes you closer to the action. Which house do you serve? Choose your side (or your fate) within the free spins bonus to win up to 1500 coins.

Mega Moolah is by far one of the most thrilling and played titles to come from the dynamic duo, what with delivering eye-watering progressive jackpot win potential! Released on 28th November 2006, the safari-themed slot draws the crowds with its four randomly awarded progressive jackpots. This slot game alone is responsible for creating many different millionaires and it even made the Guinness World Record Books a few years back, when an ex-soldier bagged over £13m from a 25p bet!

Last but not least is Break da Bank, the cutting-edge slot with special bonus rounds, free spins, multipliers and retro gaming experience. Offering 5 reels and just the 9-win lines, this one arm bandit style slot is anything but dated. The cult classic has an RTP of 95.43% and offers wins of up to 375,000 coins! Dazzling diamonds, glittering gold bars and many references to cash can be found spinning around the reels, whether you’re playing on desktop or mobile.