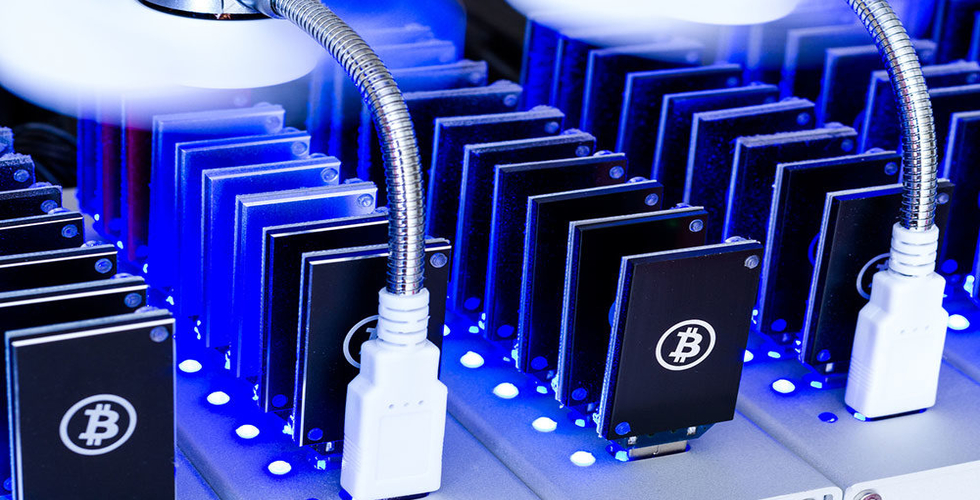 Bitcoin Mining is a peer-to-peer electronic system in which transactions are being verified and then added into the public ledger, which is also called Blockchain. It is also the same way, by which Bitcoins are created. Anyone who has access to the Internet and possesses the required hardware systems can participate in the mining process.

The mining process comprises of compiling of transactions into blocks and to solve an algorithmic puzzle. The user who first solves the puzzle is awarded bitcoins and transactions fees. This puzzle is nothing but a string of characters which are needed to be decoded using a high computational power.

If you have found a block way back in 2009, then you would have been awarded 50 bitcoins. Currently, for one block you will receive 12.5 bitcoins. This amount decreases every 4 years. As more and more blocks are found, difficulty to mine bitcoins also increases. As per details, a total of 21 million bitcoins will be mined.

How to mine Bitcoins?

In order to mine bitcoins, you will require 24-hour electricity and highly advance systems. Mainly bitcoins are mined in large warehouses where the cost of electricity is low.

Step-by-Step process is given below:

Hashrate: It is the speed at which your Mining device will works.

Power: Amount of power required by the device to work continuously.

Power Cost: What will be the cost of electricity in kWh?

Pool fees: Fees charged by the pool to mine bitcoins.

Lastly, you have to enter Block reward and Price in USD, and then click on Calculate in order to calculate the cost. After bitcoin, ethereum is the 2nd best trading cryptocurrency so you should understand about the ‘Ethereum Mining – How to Mine Ethereum’ on TrickyFinance.


Please keep in mind, you can’t mine bitcoins without using an ASIC miner. ASIC miners are high powered computers which are specially created in order to mine bitcoins. After you have calculated Bitcoin Mining, it’s time to purchase a miner.

There are various Antminer’s available in the market nowadays. However, you should check Bitcoin Mining hardware reviews of various devices and then select the best Antminer as per your needs. Currently, Antminer S9 is the best powerful miner.

Never try to mine bitcoins on your computer or laptop, you will earn just a penny in the whole year and waste a lot of money on electricity.

One of the main requirement before starting mining is “Bitcoin Wallet”. As we all know, Bitcoin is a digital currency, hence you have to compulsory store in a wallet. When you get your Bitcoin wallet, you get your Bitcoin wallet address. Wallet address consists of a long sequence of letters as well as numbers. There is a different process to get wallet address in all the wallets, however, it is quite easy. When you buy a wallet, you will get two things: public bitcoin address and a private key.

After you have purchased mining hardware, you will require mining pool. If you don’t want to join a mining pool, then you will earn bitcoin when you found a block by your own. This is called solo mining.

Don’t prefer solo mining pool, as it is very difficult to find a block using that hardware hash rate.

For example, you have contributed 3% of the pools hashrate, then you will get 0.375 bitcoins out of total 12.5 bitcoin block reward.

Before joining a pool, you should check few things about pool, as given below:

– What is the reward system? Is it Promotional or Pay Per Share/ Score Based/ PPLNS

– What is the fee charge for mining?

– What is the charge for withdrawing funds?

– What is the process of withdrawing funds?

– Is pool you are joining stable?

Bitcoin mining software helps your hardware device to connect with the desired Mining Pool. Bitcoin software shows you the hash rate you provide to the pool. Also, the software contains the Bitcoin address on which you will receive the payments.

Bitcoin mining software is available for all popular operating systems such as Windows, Linux, and Mac.

There is probably not an issue to mine bitcoin in most of the countries. As we compare it with other businesses, Bitcoin is completely legal in most countries if you are paying taxes on your earnings.

Similar to other business, you can note down all the expenses which are required in order to make your mining successful, such as electricity, and hardware costs.

We hope that you are now familiar with Bitcoin Mining and How to mine Bitcoins. If you found this information helpful, then don’t forget to share it with your friends and followers.

SEO Strategies That Will Help You in Customer Acquisition

Buying Guide for Smartwatch for Women

How Cryptocurrency Is Changing Businesses Daily?

Are You Considering To Invest In Bitcoins: Here Is What You Should Know