Liquid Damage On Mobile Phone: What Should You Do? 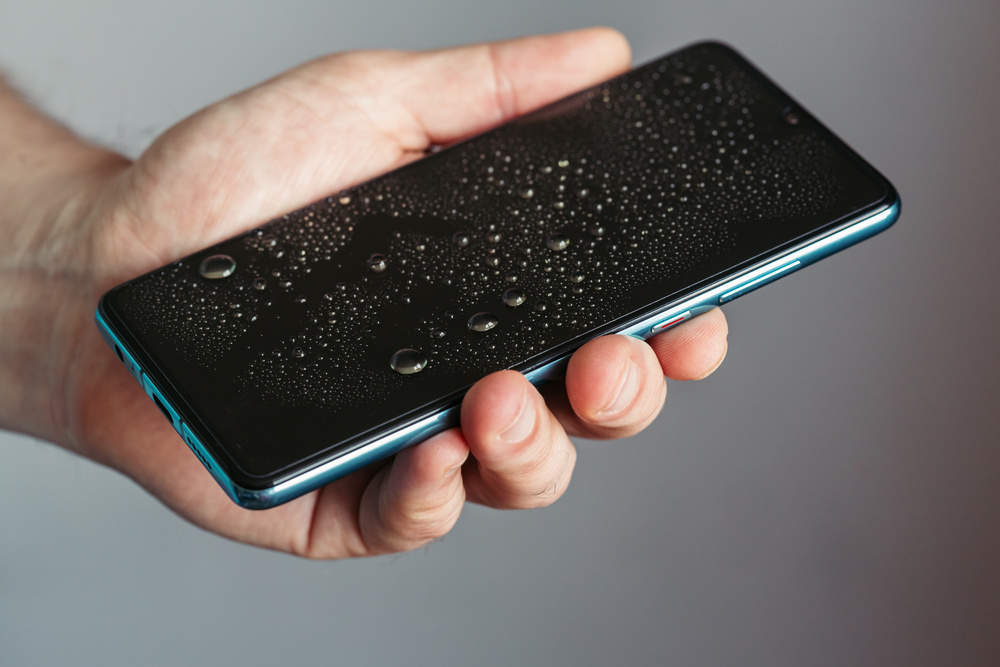 Among the most common issues mobile gadget users encounter from time to time is water damage on phones. Such accidental damage may be due to many reasons. For one, some may have dropped the phone on the sea, puddle, or in a toilet bowl. Others may have spilled a drink on the screen unintentionally. The rest may have damaged their phone as they failed to protect it from the rain.

According to a 2018 statistical study, 39% of smartphone users claim that water damage is the third most common reason for accidental smartphone damage. And when it happens, the first response people usually feel or do is panic and think that it’s already game over for their phone. In reality, mobile phones don’t instantly die after being in contact with water.

Yet you can still recover your phone from liquid damage despite being completely soaked in the water by acting fast and taking the proper steps.

What Happens When Your Mobile Phone Gets Wet?

Although these things are happening inside your phone, some users tend to shake off the water incident, especially when they don’t see or notice any immediate damage. That’s because there are cases when the water would take longer to reach the vulnerable parts of your phone. So, when you wake up after a day or two, you wake up with a dead phone.

Another thing that could influence the impact of liquid on your phone is the source of water. Suppose you dropped your phone in a puddle, unintentionally soaked it with rain, or spilled a glass of water on the screen. You might still have a chance to recover it if you immediately take it to a professional phone technician at Sydney Mobile Repairs or other phone repair shops near you.

However, if you dropped it in the ocean, you might need to kiss your phone goodbye because salt water can damage your phone’s internal parts much quicker than fresh water. So, to be safe, you should leave your phones in your bags when strolling along the beach, or you can use a waterproof phone case while you do so.

What To Do When Your Phone Experiences Liquid Damage 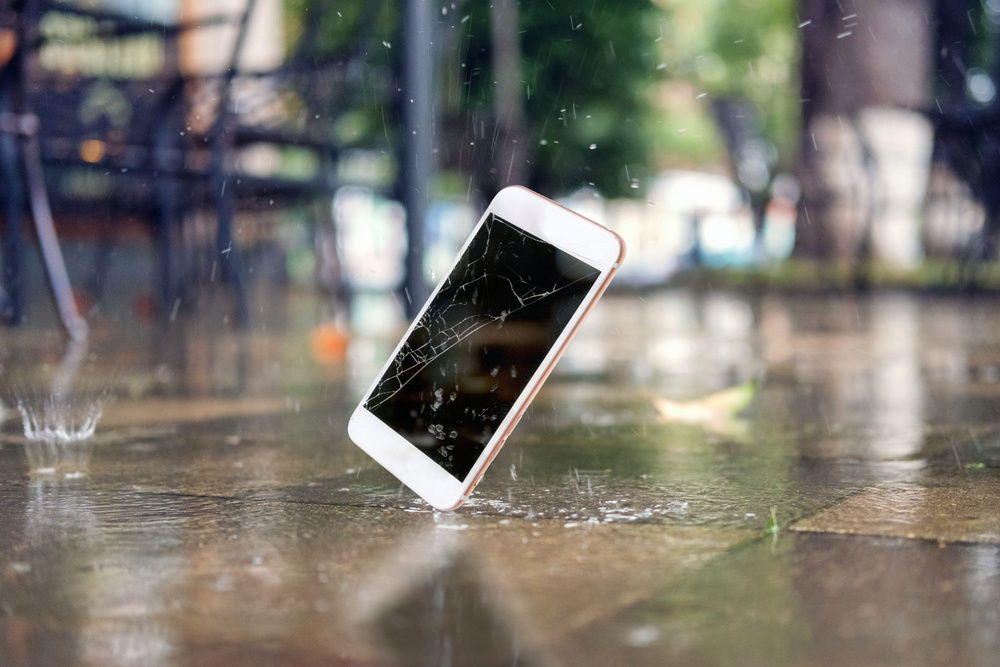 White smartphone falling and crashing on wet ground in the city park on a rainy day. accident with smartphone

You can take steps to prevent the water from inflicting more damage on your phone’s internal components, boosting your phone’s chances of surviving the water incident. These are as follows:

First, rescue your phone from the water where it has taken an unplanned swim. Make sure you take your phone away from any other water source. If your phone is still turned on despite being soaked, turn it off immediately. On the other hand, if it has turned off during the incident, never attempt to turn on the device and just let it be.

Using a clean, dry cloth, wipe your phone dry as much as you can. Ensure you only do this after you’ve successfully turned off the device. You can gently tip the device from side to side to drain the liquid that already made its way into your phone’s openings.

Meanwhile, the following are techniques you must never do under any circumstances as they can do more harm to you and your phone:

Ultimately, the only and safest way to dry your phone after dropping it in the water is to wipe it with soft towels, a dry cloth, or tissue.

After getting rid of some of the water, remove your phone’s removal parts, such as the SIM card, SD card, and battery (if possible). Make sure you don’t shake your phone too much while doing this, as you could be shaking the liquid inside, making the corrosion or the water inside spread faster. If your phone’s battery is not removable, you can set the phone upright to slow down the corrosion.

The first three steps above are only the rescue phase to prevent further phone damage, which means they won’t be enough to dry and fix your phone completely. Thus, after completing the steps above, you must take your phone to a phone repair shop as soon as possible. Remember that even if you’ve dried the exterior parts of your phone, there are still parts underneath that only the experts can reach.

Regardless of whether the phone still works even with glitches, allow a professional technician to check your phone. Tell them more about how your phone got wet and how long it was soaked in water or any other liquid. They’ll also appreciate you going through the steps above. Most importantly, it’s best to stay mindful of your phone and keep it away from any water to prevent liquid damage.