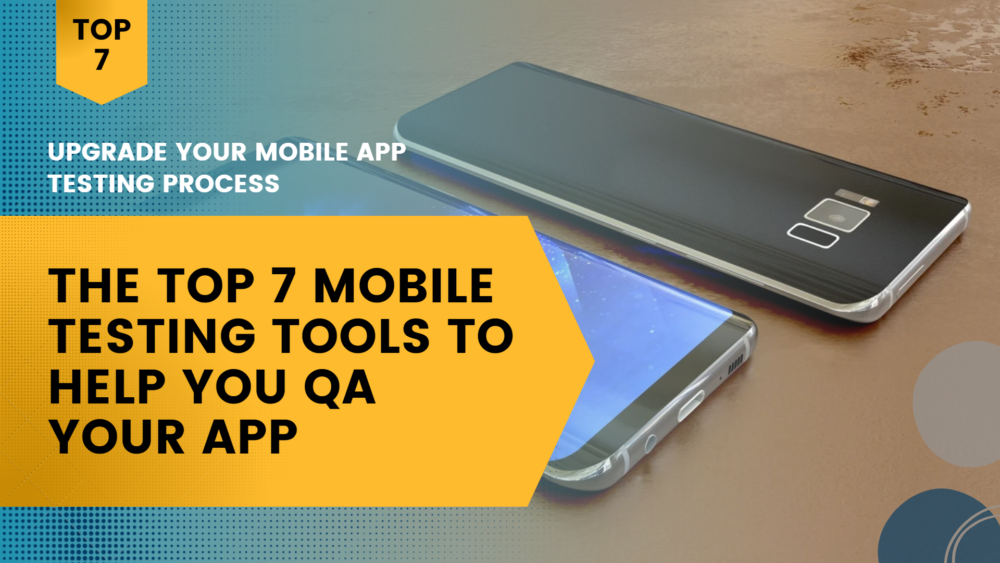 Whether you’re testing your mobile app or other software product, it’s essential to utilize the right tools to ensure everything works properly, and there are no bugs that could harm your reputation or bottom line.

Mobile Testing Tools allow you to automate the testing of your iOS and Android apps. Mobile Application Testing Software can help you reduce time and minimize the chance of human error during the test execution.

If you want to make sure your application works across multiple devices, you’ll need to find the right mobile testing tools to help you test your app before launching it. With so many options available on the market, it can be hard to decide which tool will work best for your needs. Here are the top seven mobile testing tools that we recommend checking out if you want to find an excellent product for your project.

Your testing and business teams can collaborate to create and execute test cases. TestOS allows users to reuse nearly all of their test cases on multiple app versions, so they don’t need to worry about writing new tests.

Kobiton allows users to control mobile devices during manual testing. It supports multi-touch gestures and orientation and GPS simulations. Also, it can control the camera, speaker, and device connection management. Kobiton automatically generates activity logs that record all actions taken during testing sessions. It makes it easier to identify and resolve issues quickly.

READ MORE -  Artificial intelligence is a game-changer in the technological world.

It supports both hybrids as well native app testing. TestComplete allows you to run tests on emulators and real devices. It’s a flexible tool with script- and scriptless options.

Katalon is a top codeless automation tool built using Appium and Selenium engines. You can run tests on any OS, browser, or device. It uses graphs, charts, and reports to visualize test results and data. It also allows you to operate on both cloud-based and on-premise infrastructures.

Calabash is an open-source automation testing tool for iOS and Android native apps. It lets you create and execute automated acceptance tests for mobile applications. It is also completely free of charge than just being open source. Calabash is maintained and developed by Xamarin.

Test Automation provider Perfecto is one of the most popular web and mobile app testing platforms. They use a cloud-based Continuous Quality Lab to provide quality-first tests to new applications.

Whether you’re an app developer, a marketer or someone working for an agency, we hope these tools will help improve your mobile testing results. TestGrid is the best tool for automated mobile testing. Our cloud-based testing platform allows developers to test native, hybrid, mobile web apps across all the relevant browsers / OS platforms.

It includes iOS, Android and Mac OS. Remember that there are many tools out there and that depending on your requirements, some of these might be more useful than others. The key is to try them all and see which ones work best for you.