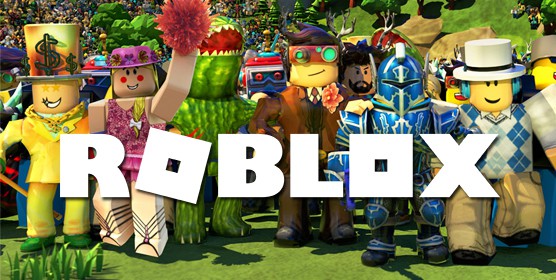 At the time of game development companies, it is important to step in the gamers’ shoes and see the output in terms of the freedom, tools, and depth it offers. Top games allow users to explore their imagination and execute in-play tasks in any way possible for different outcomes. Something that games and game development systems like Roblox does a great job with.

Given the massive multiplayer system; the liberty to allow users to design their own games; and interact, befriend, and play with fellow community gamers worldwide, there are some other top names like Roblox you can try playing today for an equally engaging, immersive experience.

Easily the biggest title in the world of building, sandbox genre, Minecraft allows users to construct buildings through unlimited resources. Besides building structures and bases, users can also explore, craft, fight, and keep their health in check with a survivalist role to play.

The game also comes with a multiplayer feature where users can create their own maps and share with others. This literally allows you to go through a virtually endless library of creative maps to explore on your own accord.

Terasology is a great, open-source game that gives a feel of sandbox alongside other gaming genres as well. The game plays a great tribute to Minecraft in terms of outlook and origin, but it has its own identity too with fresher ideas and elements as compared to games of the same genre.

The game encourages players to explore and create their own worlds and ask other players in the community to visit their creations.

Trove comes with a blend of sandbox and MMO arena with a huge number of adventures in store of its massive universe. Players have a large number of worlds to enter at their disposal and explore different dungeons, catch loot, and create their own homes, termed as “cornerstone”.

Players have the option to choose from different classes, and then acquire abilities based on their selected class. Besides the typical creation, multiplayer, and adventurous elements, Trove also provides a variety of customizable items, hence, allowing players to change their in-game avatar.

A sequel to the popular Xbox indie game, CastleMiner, the game is a Minecraft inspired masterpiece in which users are up against constant elements for survival in a procedurally generated world.

Although the game primarily aimed to feature a survival genre in which players had to collect various items and survive against all odds from monsters, the players also have the creative freedom to create huge structures from a variety of different blocks.

Garry’s Mode is arguably the one, if not the best, of the ultimate physics sandbox adventure game out there. The one thing that separates this game from others is its lack of any clear objective, rather, users are encouraged to play on their own will. Somewhat similar to Roblox, only with better graphics!

From a wide range of tools, you can mold them to create new objects, produce a large number of characters on given objects, and enjoy the ensuing chaos. Even if you’re not much into the building stuff yourself, you can always use new environments presented by a large community that regularly adds new content for an elaborative experience.

As the name indicates, players use cubes to build castles and realms. Over the course, you’ll keep acquiring resources that craft blocks and relevant top-grade items to create enormous structures.

As every player desires to take inspirations to create the best structure of their own, you can visit other players’ environments to have ideas with never-ending creativity.

A 2D boxed type game that tempts users to wander around in an ever-evolving procedurally generated world. As a player, you’ll assume the characters of “Blockheads”, equipped with the skill to generate and destroy blocks and use various items to create aesthetically pleasing buildings.

Moreover, you’ll also have plenty of opportunities to travel through time and visit deserts, oceans, mountains, and mesmerizing underground caves with different seasons and weather conditions.

There isn’t a gamer who is not a Lego fan! Lego Worlds gives players the complete freedom to use an unlimited amount of blocks and create their own Lego wonderlands.

The sandbox mode offers one of the best sandbox experiences in a Lego-themed world, where users have access to various items and can design their own characters.