How Much Money Can You Make With Pocket7Games? 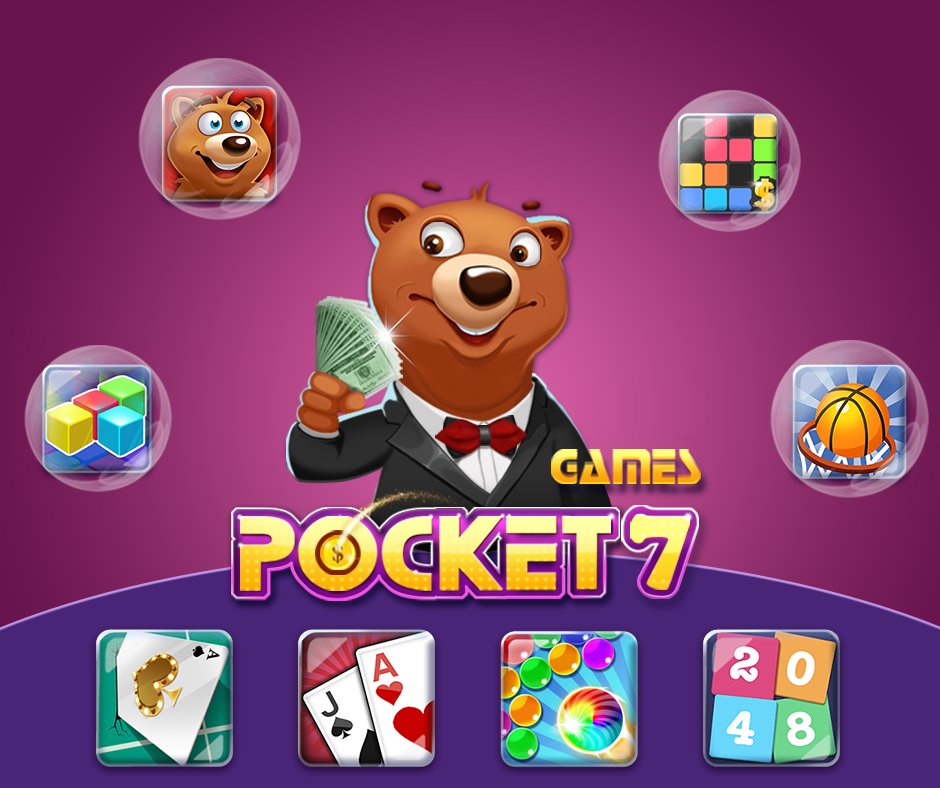 Nowadays, many mobile games use a play-to-win model. Instead of the game solely relying on skill, players can opt into in-app purchases for benefits not included in the free version. For a lot of games, the play-to-win model works well.

However, sometimes they don’t because the community turns on the game for being too greedy. Games like Clash Royale, for example, were incredibly successful when they first came out. But as time passed, people became increasingly unhappy with how the game was balanced.

That’s why games like Pocket7Games have become so intriguing to mobile-app gamers.

Nearly all of the minigames Pocket7Games has are built around skill-based matchmaking (SBMM). In addition, the app doesn’t use a pay-to-win model.

Lastly, players can win real cash for playing games. This article will cover how much you can expect to make with the respective games. But, first, let’s cover what Pocket7Games is and how it works.

Pocket7Games is a mobile gaming platform that offers skill-based games where players can win real cash. The app includes a wide variety of games, from casino games to card games and more.

Players can join tournaments for any of the games offered on Pocket7Games. Once in a tournament, players compete against others with similar skill levels.

First, you start with a set amount of in-game currency. Unless you want to deposit cash, you’ll have to work your way up with in-game currency. There are several in-game currency tournaments as well as actual cash events running all the time. Pocket7Games is the place to find legit cash games and earn real money. You must be 18 years old or older to deposit and withdraw cash, though.

Once you begin to work your way up, you can play for higher stakes. Eventually, you’ll be able to earn real money from playing games like 21 Gold, Solitaire Clash, and Bingo Clash. So, how much can you make from each specific game?

How much money can you earn from Pocket7Games?

Now let’s break down some of the games on the app and how much you can earn from each one.

21 Gold is one of the more popular casino games on Pocket7Games. The game is similar to blackjack, but there’s a twist. Instead of getting as close to 21 without going over, you’re trying to hit 21 exactly.

Players can join with in-game currency or cash tournaments. The prize pools for each tournament depend on how many people join and how much the entry fee is (just like every game on this list).

There are four slots where you tally up to 21 while you get fed a card in one of your two personal slots. The second personal slot is for storage in case you’re about to bust (go over 21) one of the primary slots. Once you bust three times or the three-minute clock ends, your points are totaled. The player with the most points takes the prize pool.

So, how much can you earn playing 21 Gold? The truth is that you could make anywhere from $1 to $2000 from a prize pool, and you could win a few times an hour if you get good enough. However, winning more money means higher investment and higher risk.

Unlike some other games available on Pocket7Games, 2048 Blitz is very similar to the original. The critical difference? The points system is awarded based on the completion of goals. So again, you’re battling against a real-life opponent to see who can get the higher score.

Here’s a professional 2048 Blitz strategy. It’s straightforward so that anyone can follow it. Pick one of the four corners. Now, when you’re swiping to add up matching blocks, only swipe in the direction of the corner you chose. There are exceptions to this rule, of course. But, for the most part, you should be swiping in those two directions to minimize friction.

The amount of money you can make playing 2048 Blitz varies from player-to-player. Remember that it’s an SBMM game, so the bigger the prizes, the better the players. Players can expect to win $0.60 to $1000 playing this game, as well as in-game currency.

Word Search is one of the most classic games with a simple concept. You’re given a grid with a list of words. Your job is to find all the words in the grid. The catch is that you only have three minutes to complete the task. Plus, there are some sweet mental benefits to word games.

This game is available to play for in-game currency or cash. Depending on how many people join, the average player can expect to make $5-$90 per game.

Solitaire Clash is one of the more popular games on Pocket7Games. The goal is to remove all of the cards from the board by matching them with other cards that add up to 13. So, for example, you can match a 7 of spades with a 6 of hearts. A king of any suit is worth 13 by itself.

The game is available to play for in-game currency or cash. So, how much actual money can you make playing Solitaire Rush? The average player can expect to earn $0.60-$100 per game.

If you thought about Tetris when you read the title of this game, you’re on to something. Tile Blitz is the drag-and-drop version of Tetris. Instead of pieces falling, you must fit them into place on a gridded board.

Unlike many other games, Tile Blitz only gives each player one life. Once you’re out of moves on the board (and trust us, it happens quickly), then the game is over. You receive points by knocking rows out, and the player with the most at the end wins.

With a wide range of payouts, players can expect to earn anywhere from $1 to $2000 in prize pool winnings, delivered via PayPal.

Pocket7Games offers a variety of games that provide different opportunities to make money. Some games, like Solitaire Rush and Word Search, are available to play for in-game currency or cash. The average player can expect to earn $0.60-$100 per game.

Other games, like Tile Blitz and 21 Gold, have higher prize pools with the potential to win up to $2000. So whether you’re looking to have a friendly competition for fun or trying to earn some extra cash, Pocket7Games has something for everyone.