Why .45 Automatic Colt Pistols Are Far from Dead 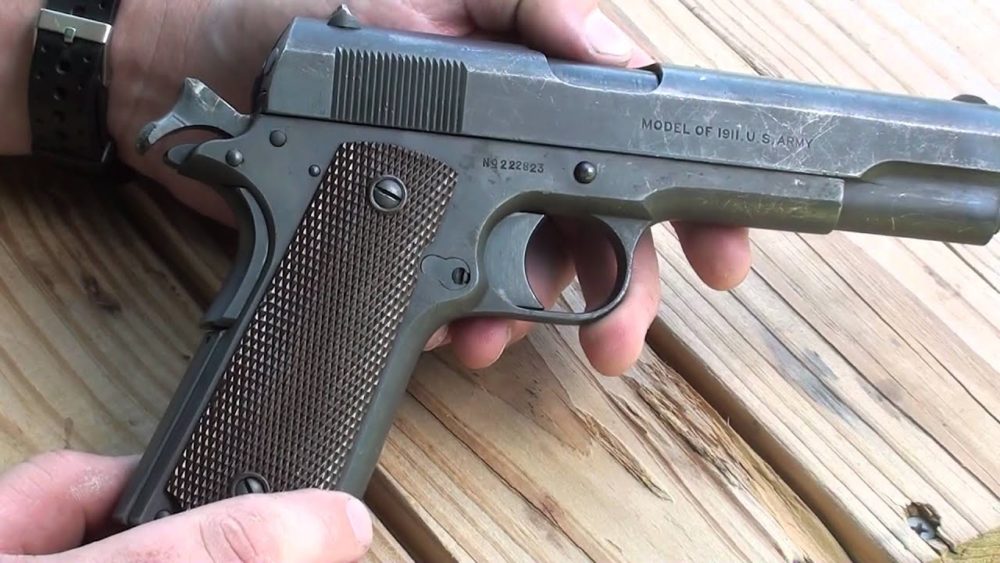 Despite critics’ claims that the .45s are “antiques” and should be placed in the junk pile of historical firearms, there are many .45s being used, often preferred, today.

Why are .45 Automatic Colt Pistols considered to be near dead?

Progress in bullet technology means that a 9mm round can deliver as much energy as the. 45 ACP. Despite this fact, the .45 ACP is far from dead because it has benefited from increased performance.

Today, we have more types of .45 ACP pistols than ever before. Here is a list of the best five of them, which will help you understand why these pistols are still in demand and still popular. So, let’s shoot!

It was named by Bill Wilson, who was actually trained as a watchmaker but has always been infatuated with guns. In fact, he has built Wilson Combat, the most successful custom firearms company in America.

Like the rest of the “Government” models 1911s, the Tactical Carry has a length of 8.7 inches, a five-inch barrel, and weighs 45.2 fully loaded. Also, it has a 3.5-4.5 trigger pull and fiber optic sights for shooting due to reduced visibility and a one-inch accuracy guarantee at ranges of twenty-five yards.

Apart from this technical performance, it is characterized by the unique attributes of the 1911, such as a checkered front strap and a reduced profile grip safety.

The Tactical Carry often comes with modern cosmetics and performance options, such as carry cuts, serrated top and rear of the slide, and countersunk slide stop post.

The Ed Brown Executive Carry, or “Commander,” is the perfect solution for those who want a smaller model 1911 but insist on complete reliability. It is named after Cold Commander, a handgun designed for officers.

It is modified by reducing the slide to 4.25” without significantly impairing the reliability of the 5” slide.

Executive Carry has a bobtail frame and smoothed edges to reduce the possibility of the pistol catching on clothing. It is not too rough on the hand but not too fine for a secure grip.

Its custom option includes a French border, a flattened and serrated top of the slide, ball endmill cuts, and a serrated rear of the slide.

The Glock 21 is actually the famous Glock 20 modified for the U.S. market to fire the .45 ACP. The frame of the Glock 21 model was larger than the previous Glocks and went into production in 1990.

This automatic Colt pistol is one of the best .45 ACP pistols. Why?

Because it carries a double-stack magazine with thirteen rounds in it and is still comfortable to carry. How?

The Glock 21 uses a polymer frame, and even if it carries up to five more rounds than a typical 911, fully loaded, it weighs nearly a pound less.

This pistol is designed by German arms manufacturer Heckler and Koch. It was constructed for the U.S. military based on the proven USP .45 pistol from the same manufacturer.

The most obvious change from USP. 45 is an ergonomic polymer grip that is slimmed down by using a 10-round magazine rather than USP`s 12-rounder.

The main innovation is a spring-operated reduction system that reduces recoil by up to 30 percent, according to Heckler & Koch.

It has a length of 8.03 inches, a barrel length of 4.46 inches, and weighs under two pounds unloaded.

The Springfield Armory XD45 Mod 2 Service Model has a length of 7.3 inches with a 4-inch hammer-forged steel barrel.

The same as Glock 21, carry a double-stack magazine with thirteen rounds.

Anyone, from amateur shooters to experienced tactical shooters, will enjoy handling its ergonomic grip.

It has options and features that are expected from more expensive pistols; a loaded chamber indicator, an accessory rail, and a fiber optic.

In terms of aesthetics, it exists in two versions; one in an all-black finish and the other in a bi-tone.

Are .45 ACP pistols far from dead?

In this article, we explained why.45 automatic Colt pistols have been considered an obsolete firearm and why that is not true.

These five models are very much in line with the latest trends in the automatic weapon industry, and even more, are widely used by police and army forces, which indicates their usability and modernity.

If you are looking to purchase your .45 acp ammo for your .45 ACP weapon, Natchez Shooter Supplies offer a wide variety of .45 ACP rounds.