War movies present human emotions in the most heart-wrenching ways possible. They blend various facets of our lives in a tale of violence and extreme hardships. This is what makes these movies so beautiful. Do you want to watch the best war movies in 2018? Look at some of these amazing flicks on our list.

We have listed the top 18 best war movies which are available on Netflix right now.

This is one of the most amazing war movies of the 21st century. Black Hawk Down doesn’t go into the details of cultural empathy like other war movies. However, it does present a spectacular portrayal of war. The movie takes you to Mogadishu in Somalia where US Delta Force is participating in war with the UN Peacekeeping forces. Two Black Hawk helicopters are shot down in the war and the team is committed to finding each of the soldiers and bringing them to safety. This leads to 15 hours of ground fight and tense war stories.

This 2015 movie tells you a gripping story of one of the best snipers in America, Chris Kyle. The movie features Bradly Cooper and brings a war-based directorial adventure from Clint Eastwood. While Cooper bulked up 35 pounds for this movie, he brought about an intense portrayal of a sharpshooter who saved countless lives and took away many more. While some have blamed the movie for jingoism, others have called it a moral conflict of PTSD-suffering war veterans. Regardless, this is one movie you cannot miss.

This is one of the classic war movies that brings the tensed war atmosphere to the forefront. It is based in Normandy at World War II. Steven Spielberg donned the director’s cap in this captivating movie where the invasion of Normandy during World War II is presented in a new light. The movie features a 24-minute war sequence that will make your heart bleed. The movie follows an attempt to save Pvt. James Ryan, the last survivor of the Ryan brothers, three of whom have already been killed in the past one week.

Though it is a fantasy film, it captures a great war and tries to build on characters and their stories like no one else. The war of 300 Spartan soldiers against an invading force of brutes is what makes it a perfect war movie. You learn about Spartan traditions, brotherhood, patriotism, and a will to fight till the end against the enemy.

This movie is about an American effort in World War II to kill and the revenge of a Jewish girl. The movie portrays the behind-the-scenes of a war which may result in great diplomatic wins. It involves strategies for a coup, violent deaths at the hands of enemy soldiers, the wrath of the German SS and more. The storyline is gripping, and it highlights the mastery of director Tarantino in the art of film making. The movie features Brad Pitt and Michael Fassbender in complex roles.

The latest war adventure by director Christopher Nolan presents a horrifying story of war that will leave you in awe. Even if you have watched hundred war movies before. Dunkirk will present the most authentic and unique accounts of evacuation of occupied France by the Allied Forces. The sheer intensity of this film will certainly leave you stunned.

One of the most interesting war movies ever made, The Longest Day talks about the invasion of Normandy during World War II. The movie is devoid of typical war-film sentimentalism. Instead, it presents the same event in different lights, based on various perceptions.

What could one tank and Brad Pitt’s excellent acting skills bring you? It is a movie like Fury. It takes you on a journey to a war where human lives don’t seem to matter anymore. It also features a classy performance by Shia LeBeouf and helps you look at the lives and times of soldiers who have become insensitive to the horrors of wars and the way they stick together in a tank to fight enemy lines.

This beautiful movie tells you about the Iraq War. This movie by Sam Mendes presents one of the most serious roles by Donnie Darko. The movie not only focuses on the war but also on the personal conflicts of a marine during war. He doesn’t understand what he is doing in the war. He also has a difficult time explaining why he is on the right side.

If you don’t follow war movies, you may not be aware of this 2008 movie. You will find yourself swinging between bloodshed as well as broken sensibilities. The film follows four Jewish brothers as they hide in a forest in Belarus and build a haven for themselves and other refugees during World War II. The movie features Daniel Craig in his favorite genre. The movie focuses on the war setting but doesn’t leave people and their sentiments behind.

While some may call this movie extremely heavy on jingoism, it is still a wonderful tale of war starring Mark Wahlberg. Four Navy seals are stuck in Hindukush in Afghanistan, where they are fighting brutal Talibanese. Peter Berg’s direction makes it a great tale of heroism and sacrifice.

War of the Planet of the Apes

The final chapter of the franchise brings the end of the war between humans and apes. Everyone must take sides and decide who they are fighting for in this tale that brings together drama, emotions as well an unusual war. The movie goes beyond your expectations to bring a fantasy war to life that feels more human than ever.

This movie has presented one of the most gripping highlights of the life of the most infamous dictators of the last century. Though Downfall has the most interesting scenes featuring Hitler of all time (the ‘Hitler reacts to ____’ meme was picked from here), it is also a riveting tale of Hitler’s fall. This movie doesn’t really display Hitler as a monster. Instead, it portrays him as a powerful leader falling from grace. It gives you a better understanding of how the minds of dictators work. It is disturbing and will likely make you think about war movies twice.

This indie movie presents to you one of the most captivating tale of the hunt for Osama Bin Laden. Jessica Chastain rocked in the role of a CIA agent and won her second Oscar nomination for this movie. The fight to look for the leader of Al-Qaeda and the man responsible for the 9/11 attacks and the widespread panic in the world thereafter is a spine chilling drama that will leave you enthralled. The capture of Bin Laden is highlighted in a tensed moment of this intense movie that will make you want to watch it twice. This movie is not about conventional storytelling. If you are looking for a unique storytelling experience, this is a movie you should not miss.

A war movie like no other, The Pianist takes helps you in diving deep into the life of Wladyslaw Szpilman, a Polish composer who barely escaped the death camp along with his family during the Second World War Szpilman played the last live performance on radio in Poland before getting hit by the Nazis. Even though he escaped the death camp, he had to scavenge his way to life in Warsaw before finally working hard on his piano skills and finding help. It is an unlikely war story but one that keeps you glued to your screen all the while.

This is one of the most interesting and revered war tales of all time. Full Metal Jacket is based on ‘The Short Timers’, a novel by Gustav Hasford. This Steven Kubrick classic brings about the story of a marine volunteers group who are participating in the Vietnam War. The film takes you through the terrifyingly real training of the marine volunteers and their experiences in Nam. This is one movie you should not miss if you are looking for a Great War story, with a simple but quickly developing plot.

Another Steven Spielberg movie on the list, Schindler’s List brings about the experience of the Holocaust and blends human sentiments in between to craft a brilliant tale. Liam Neeson stars in this movie based on a real story and brings dramatic themes to the horrifying background of war.

All Quiet on the Western Front

War is horrific and tragic but there is an inherent foolishness in the act of war. This movie by Lewis Milestone brings you the best of war films, all wrapped into one. The movie highlights the tragic story of a group of young Germans all set to join the forces in the First World War Watch this movie for the spectacular performance by Lew Ayres and the realities of war that shreds patriotism to pieces.

This was our list of the best war movies of 2018 that you should not miss. Have you watched any of these movies before? Let us know in the comments below. 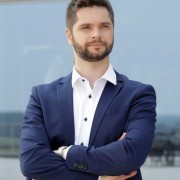 Thomas McKinney
Co-founder at Cryptohive. Building the Blockchain Ecosystem in Singapore since 2014. Views and opinions about crypto are my own.

Translation Technology that is Helping Us Understand Better

Instagram – Why it is so successful and famous? Some known facts

How to Choose DevOps Consulting Company?

A Simple Guide To Troubleshooting Your Robotic Pool Cleaner

The Pros and Cons of Cable Internet in the USA