Choosing the right career path is a tough job, generally, there are few things that you need to keep in mind while selecting a profession for yourself such as – good salary, job satisfaction, and better growth and learning opportunities in the upcoming time. Well, as such there is no such rule actually but you have to look after all the things. Challenging your role and responsibilities can be a major task and you need to keep it a priority level.

In this write up we are going to discuss the 5 skill that is important to become a professional iOS developer. Let us take a look:

Just like a doctor should know how to check the pulse rate, you need to learn Swift 3.0 if you want to be an iOS developer. Swift 3.0 is a programming language that is owned by Apple to build up iOS mobile applications. The programming language is the universal language that is used by the iOS mobile app developers throughout the globe. At the preliminary point, you don’t need to go deep into it; so that you will learn all the basic understanding of the language and its functionalities efficiently.

If you want to become a successful iOS mobile app developer then you need to be familiar with all the designing guidelines to create the apps that are known and admired for being completely intuitive. The motive for this is that these mobile apps stick to a strict set of designing guidelines. However, the data is stored and displayed to the user is handled in very precise ways. In case you want to build your intuitive apps, then you need to know and recognize these design patterns.

It is a new thing that you should be the master in this to become a successful mobile app developer. Xcode IDE is the genuine cause that makes the application exceptional and offers superb user understanding. Apple’s Xcode IDE is highly integrated with Cocoa and Cocoa Touch frameworks and it is the main environment to build feature-rich apps for various Apple devices such as iPhone, Apple TV, iPad, Mac, and Apple Watch. It is important to know about this as it will be quite easier for the developer to enable different Apple services such as Passbook and Game Changer too. For an iOS developer, you need to have a systematic understanding of Apple’s Xcode IDE.

As we know that both UI and UX are linked with the design of a mobile app or a web app but functions somewhat differ. The user interface is based on the look of the application and the other hand, User experience depends on how the user uses the application. There is an effective implementation of UI/UX design in the making of a mobile application that can create a strong change to its complete look which in turn connects more users.

In short, an iOS developer should be well trained about UI and UX design experience on design concepts and should have the potential to create intriguing and attractive UI/UX design for all the mobile apps they create.

No doubt, if you want to become an expert in iOS development then Spatial reasoning is one of the key aspects of developing an application. This part is all about thinking about an app from an app user’s standpoint and how a user will interrelate and use the application. For this, the mobile app developer needs to think out-of-the-box to make the end-user happy and contented while using the app. By thinking sensibly as a user, you will be able to design a user interface and add features that are more reachable, complete and helpful for the user. You need to visualize it to make more significant and helpful apps.

In nutshell, if you want to be a thriving professional in iOS app development, then the abovementioned concepts will work wonders for you for sure. Remember, iOS developer is not just a mere app developer; they have to create much more than that. At every stage of the application development, you will be playing a vital function. From information gathering for clients, the company needs to planning and development stage to designing a flawless and responsive user interface to coding it is the sole responsibility of the developer to ensure that everything goes in the right direction. If you liked the write-up and you want to know more, please comment below. It will inspire us to share more details with you. 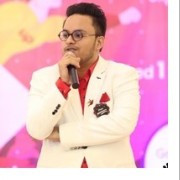 Anshul Sharma
Anshul Sharma is the CEO of Fluper an iOS app development company. He enjoys content writing and researching about the latest topics. He shares his knowledge with others via creating interesting and fresh articles that are well-liked among readers.

Why App Store Optimization is necessary to run a successful mobile app?

5 SoundCloud Alternatives You Must Switch To In 2020

CPI vs DPI: Know The Difference Between Mouse CPI and DPI!

Silly mistakes that can cost ‘Big’ in Big Data Analytics